Hey you saw my post from a couple days back, yeah? Well, things may just look a teeny weeny bit better right now so with crossed fingers let's hope for the best.

Anyway, one thing I don't wanna miss out on is letting you all know... WE HEARD FROM PETER O'BRIAN!!! Yes, it's true!!! Ian received a letter from Peter O'Brian about a fortnight ago and here is the bit that concerns Peter's career and how he got started. 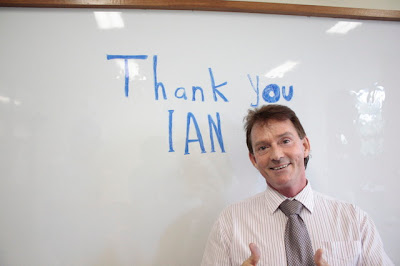 Please notice this is NOT the interview we've been talking about, this is "just" a letter. We would still very much like to make an interview with O'Brian but we just need to get things organised so that we are all able to be there at the same time! I'll let you all know.

Anyway, enough from me. I proudly present to you, finally, a word from an actor who has been "lost" for so many years. A mystical figure almost. And although I have fantasised and hoped for the day when someone would be able to get in touch with him and get the lowdown on his career, or even just find out who the heck he was, I've never really believed that it would happen.

Well, it did and although all due credit must go duefully to Ian I'm happy to be a wee part of all this. So, from Ian and me, here's your Christmas present:

PETER O'BRIAN's letter to Ian F:
[reprinted with permission]
I've been out here in the wilderness(Indonesia) for twenty years man. When I first came here on a teaching English throughout Asia mission, I had a ticket to travel the world and Indonesia was my second port of call. I was scheduled to stay five days in Jakarta, but after two days here I couldn't stand it, and took a walk down to UTA ( the French Airline I had my ticket with) when I was spotted walking the streets by film scouts. At the time they were looking for a Rambo look a like and there I was. They actually thought I was Sly, poor bastards. Anyway, the next thing you know, I'm down at Ram Punjabi's film studio ( Parkit Film) doing a fight scene with this Chinese fighter.

They stopped the fight scene after several minutes, and asked me into Ram's office to sign a contract as a leading man. I never did use that world trip ticket, in fact it ended up in the bin as I forgot about it and it just expired. That is destiny Ian.

Getting back to my story, so there you go Ian, from an English teacher to a Film star at the toss of a coin. Well, I wasn't going to let anybody step on my dreams; consequently, I signed the contract but not before scamming a role for my best friend as the Gangster boss, Craig Gavin ( real name Craig Smith). At first Ram, Gobin and Damu( the Punjabi Brothers) said, 'no we do not need a gangster boss especially one who looks like a gangster', and I said well, "either you take the two of us or forget it". They told me that they'd think about and let me know the next day.

We were best buddies on a world trip at that time, so we really didn't give a rat's arse about films or anything else for that matter. The next thing, I get the call saying, " OK, we'll keep him here as your manager and who knows, maybe we might find a role for him". On balance, the good old business, Indian minded producers put him to good use as a gangster boss where he shone.

We did two films together with the Punjabi Bros, and then Craig decided to stay back in New Zealand where we come from, not The USA as is wrongly stated here and there.

After getting a taste of Indonesia and its rich culture, gorgeous women, and exotic places, I decided to stay on and do another film with The Bros. I ended up playing the bad guy in my next film, called 'Forceful Impact', which stared an American Italian guy. It was fun raping and killing and not going to jail, so all in all it was a grand experience. Besides that, I'm not naturally an evil, or should I say bad guy; consequently, it was a real challenge to take on this role as a mafia boss.

After acting in seven movies I got married to the girl of my dreams.

We lived very humble lives there for three years before coming back to Indonesia. A year after being back, I ran into Gope Samtani, who is the main Producer from Rapi films. In our discussions, he asked me to make a come back in a film called "Time Game", which is basically a copy of Die hard one, but done in an apartment building through a terrorist genre. I was the hero, and did all my own stunts which is what I always do, and always enjoy doing.

Since a young boy, I've always loved danger and constantly found myself in hospital wards with broken arms, a back injury and some pretty serious cuts. Still, my principal is, you only live once, and after all, dying is easy; it's living that is hard. I've always believed that God will give me a good day to die, and when he's fit and ready to do so. I don't like living in fear and be robbed of some exhilarating moments.

By the way, that is not my voice in any of those films. They were all dubbed unfortunately. 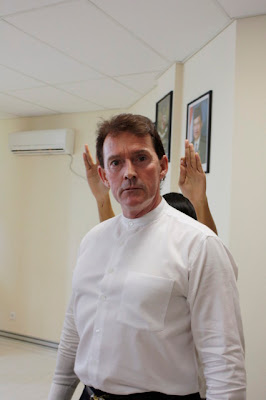 PS: You can also read the above letter on Ian's blog "HK And Cult Film News" right here.
Posted by Jack J at 1:40 PM 4 comments: