What to do what to do

Life is choices! Should I buy this film or shouldn't I???

The only review on HKMDb says (the full review!): "Edward Li narrates this almost laughable documentary about localsuperstitions. Joyce Ngai and Lily Chung are on hand to help out and even participate in dramatic re-enactments. It kind of reminds me of a high school production." 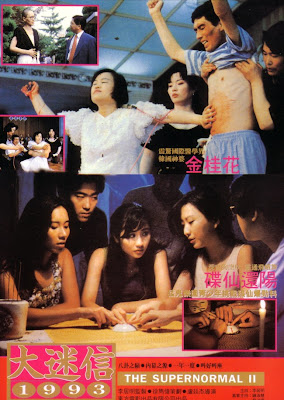 Gee, that doesn't sound promising at all. But it DOES feature Lily Chung !!! She was queen of the nasty Category III horror films in the early 90s. She was the chick in such PROMINENT category III films as RED TO KILL, DAUGHTER OF DARKNESS, BROTHER OF DARKNESS, THE ETERNAL EVIL OF ASIA!!! Those films are so vile and nasty that they're always dismissed as utter garbage by kung fu movie fans, haha. Obviously my background is in horror movies so needless to say I quite like those films.

Posted by Jack J at 3:43 AM No comments: Links to this post