Another of my Dogme style YouTube videos on my Psychotronikc Broadcasting channel; Bad sound, bad filming, bad intro in bad German, and let's not talk about the info provided (i.e. lack of!). But at least the jokes are bad.

Posted by Jack J at 4:40 AM No comments: Links to this post

Best MATTEI OF THE DEAD ever!

One of my fave YouTubers is Pete aka Mondo Squallido and his channel Mattei of the Dead. He's just so fucking interesting! Pete is this super cool pommy guy who divides his time between the UK and Deutschland. This month he goes against the grain and instead of doing horror film reviews he's reviewing 31 documentary films! How awesome is that. Too fucken right it is!

Labels: Mattei of the Dead, YouTube Channels that fly under the radar

This song and this video by EELS are just wonderful. It also strikes home with this writer. Oh well. You just gotta make the most of it.

Posted by Jack J at 5:05 AM No comments: Links to this post

I'm so happy! YouTube has decided that my channel PSYCHOTRONIC BROADCASTING is thee best channel in the history of YouTube! Wauw! Wauw!! Wauw!!! Sure, it's in the alternative universe of Bizarro World but, hey, you gotta take what you can get, right!

I've been running this shitty channel since over summer and I've got something like 20-25 videos (couldn't be arsed to count 'em). Check it out. Sorry about the sound, filming, camera angle, noise, rambling dialogue, whatever. It's done that way on purpose cos I FOLLOW DOGME FILM RULES!!! (and in the words of Richard Kuklinski, if you believe that I have a couple of bridges to sell you).


PS: non English speakers may not realise this but the headline is a play on words; Piles (plural) is another word for haemorrhoids. 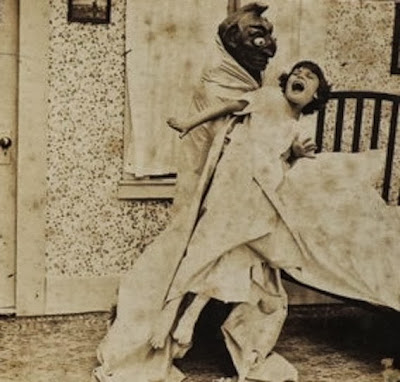 Posted by Jack J at 3:54 PM No comments: Links to this post

Here it is. The smoking gun. Evidence of a hard-boiled meeting. Once in a lifetime. 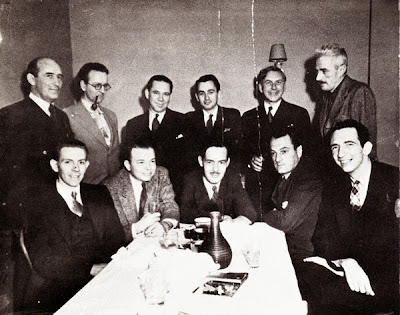 To any reader of hard-boiled crime fiction this is an amazing photograph. This is the only photographic evidence of the two masters of pulp fiction Dashiell Hammett and Raymond Changler ever having met. The fact that it's from a dinner party at Black Mask magazine in 1936 only makes it even more awesome.
- Chandler second from left at back, Hammett far right, back.

Wish you were here 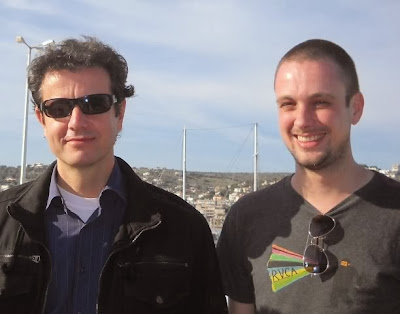 Bill Barounis (with cool sunglasses on the left) passed away today three years ago.

Bill ran the coolest dvd label ever, ONAR FILMS. I never met Bill but like a few of us I knew him through correspondence; through Cinehound worldweird film forum, and through trading films with him. He lived in Greece and saw it as his life project to track down lost Turkish cult films and release them. In 2009 he got brain cancer and passed away in 2010.

The guy on the right, grinning like an undertaker, is Tom from Switzerland who met him in 2010 during a period when we all thought Bill had beat the illness. With Jared Auner (of Mondo Macabro and "Worldweird" blog) I maintain the semi-official ONAR FILMS fb page.

Bill could be tough but he knew who his friends were. He is sorely missed.

Posted by Jack J at 3:21 PM No comments: Links to this post

Cult of J now on the toobe

While I took a break from posting on this blog and Facebook I travelled to India, Pakistan, and also I met the good people of Africa. I wrote a book about my 6 years as a white man among the Hottentots, and I recorded an album.

- Alright, alright, maybe I'm slightly exaggerating but I d-i-d open an account on Youtube and became part of the horror community there. The channel is called Psychotronic Broadcasting. I think it was partly Richard Schmidt from the Cinema Somnambulist blog [and insert 10-15 other blog/podcast/radio/zine names here that he does] who does awesome vlogs (not least the ones were he watches 10+ films in a row and reviews them all throughtout!!). Oh, the Toobe is a wonderful land, you should visit us sometime. I'll buy you a lemonade. Here's a presentation I did of a random dvd shelf. I'm not featured in it but I am in some (most) of the other ones.
Posted by Jack J at 11:11 PM No comments: Links to this post 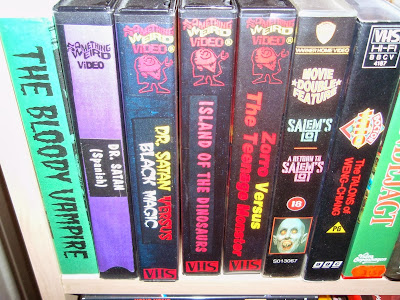 Here's a photo of a few random video tapes on one of my shelves. Four old Mexican horror movies from the '60s on VHS from Something Weird Video. The movies are DR. SATAN, DR. SATAN VERSUS BLACK MAGIC, ISLAND OF THE DINOSAURS and ZORRO VERSUS THE TEENAGE MONSTER. The tape on the far left is also an old Mexican horror movie, THE BLOODY VAMPIRE. It is however not a SWV tape but a bootleg. Incidentally, the bootleg tape is the only one that is dubbed into English. The other four are in Spanish only (i.e. no dub, no subs). I bought them years ago on eBay. The films have been discontinued from the Something Weird catalogue for a long time; none of them made it to dvd or dvd-r (from that label, Bloody Vampire is out on a non English friendly dvd from Mexico).
Posted by Jack J at 6:28 AM 2 comments: Links to this post

Here's a cool new video by the band Black Prism for the track "Satan's Country". The video looks like an old movie from the 1970s about Devil worshipping! And the music sounds like a lost Black Sabbath record from that same decade. Pretty cool!

I found the video on a Danish blog called Fra Sortsand and I highly recommend you check it out if you read Danish.

Posted by Jack J at 2:10 AM No comments: Links to this post

There's a new film channel on YouTube called HorrorGlobe and it's all about horror flicks, and it's going to cover every day of October! Here is the first review and I'm happy to report it's done by my buddy TJ Pyramid who lives in Salem!! (I won't spoil the fun and tell you it's a different Salem). They've invited me and, hey, I might even do a review or two there. ^_^
Posted by Jack J at 3:12 PM 2 comments: Links to this post