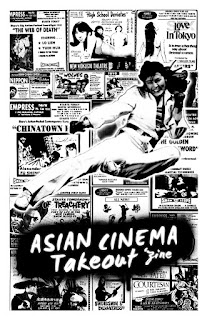 My buddy David K and Jessie Midnitecrawlr have just published the first issue of a new review fanzine on Asian cinema entitled ASIAN CINEMA TAKEOUT! I'm on board as a writer and there's a bunch of other spiffy folks there as well. The zine is 20pp and it's scheduled to get released every two months.

Apart from a limited print edition exclusively for the fanzine's writers, the mag is going to be purely a gratis print-on-demand zine; In other words you print your own edition. For free. Either that or download and read it as a PDF file.

To download/print go here.
Posted by Jack J at 4:30 AM 3 comments: Links to this post 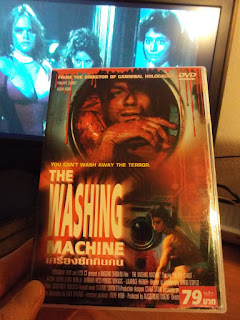 "It's a unique packaging, coupled with the fact that the film is not officially available anywhere else in the world..."
[Shameless lies, I mean Films]

Funny how I've just been able to watch this film on official DVD from Thailand. Released in 2003.

PS: no, the film isn't blue. Apparently, my cheap-ass camera is only able the zoom in on one object and get its colours right!
Posted by Jack J at 1:35 AM No comments: Links to this post