I received my new TIGER CAGE 1-3 DVDs from HK this week. They're brand new releases and have been mucho wanted for years by me and every other 1980s HK film fan on the block! A couple of weeks back I tried to watch my mainland China Zoke DVD of TIGER CAGE 2 but it kept freezing, stuttering and in the end it just gave up (or I did).

The Mandarin only audio was kinda annoying too. The audio was less than perfect, and also, due to mainland Chinese not being familiar with all the HK English expressions those are usually gone from Mandarin dubs (you know Hongkongese usually use a lot of English expressions in Cantonese, "Yes/no, madam/sir", "this is an order", "bye-bye", etc). And it kinda sounds unfamiliar not to have all those standard, English terms. To me it does anyway.

Anyway, so it was cool to finally be able to watch TIGER CAGE 2 all thru to the end. And since I'd already watched half of the Zoke DVD I started with #2 of the Fortune Star/Joy Sales DVDs. And that was a good thing too!! TIGER CAGE 2 is a great film, highly entertaining, violent, and funny. And it's got cute Rosamund Kwan in it too. But then I watched TIGER CAGE 1!!!

Before I watched #2 I thought it would probably become my favourite simply cos it has Cynthia Khan in it but, firstly, she's not in the movie very much, her part is nothing more than a meaty cameo, and secondly, I... watched #1 yesterday!! Whoah!! TIGER CAGE 2 is good but TIGER CAGE 1 is TWICE as good! Really!

TC2 is violent and it's full-on all the way but it's also light in tone thru out. The scenes of Donnie Yen and Romasund Kwan's characters trying to escape while handcuffed to each other are great fun. And the slapstick scenes of Rosamund spitting noodless in Donnie's face and Donnie-pissing-himself scenes are great fun but stuff like that is just absent from the first film. TIGER CAGE has a more serious tone and deeper character characterisations which the sequel just doesn't get near of.

When I watched TC1 I kept thinking "this is very good", and it really is! Very violent, gory, people die left and right (including characters who you think are gonna last to the end) and Simon Yam delivers (once again) a great performance as the bad guy. Arrrh, Simon Yam! "Look, I'm not gay but if I had to fuck a guy, I mean if I haaaad to fuck a guy, if my life depended on it... I'd fuck Simon Yam" [Clarence in TRUE ROMANCE, altho about Elvis]. I haven't watched part three and most reports are that it sucks but most reporters suck these days anyway so I'm gonna keep an open mind for that one too. It stars American Chinese actor Michael Wong.

I looked up the films in the Asian Trash Cinema book and good ol'e Thomas Weisser states these films are popular with chop socky fans (!!) but that "more demanding critics have complained over the simplistic story lines". Huh? Like, huh?? Did he even watch the films?? You never know what's gonna happen in the first film and the character and story development is far from being simple. Sure we're talking a violent crime/action film here but the alternative would be to not make a violent crime/action film. Weisser seemed to think films that had people fighting in them were automatically "chop socky". Well, they aren't.

To the best of my knowledge chop socky is a term used to describe old-skool kung fu films from the 60s and 70s. Not present day action films made in the 1980s! The fact that he states "Cynthia [Khan] was made for these kinds of roles" makes me think he really didn't watch TC2 or sat at the table and had his dinner while it was on cos this really isn't Cynthia Khan's film. At all!! She's in the movie for something like 6-7 minutes! The ATC book is cool as it includes most of the 80s films but plot descriptions and shit is just so off the mark that, well, it's off the mark.

About the DVD specs (as mentioned I haven't watched part 3 but I assume it's the same): The DVDs are kinda barebone releases but the remastered prints look great and that's what's important here! And one thing that has surprised everyone is they actually include the original Cantonese mono audio tracks as well as the bastard 5.1 mixes.

It would have been nice if TC2 had included the alternative end scene in the extras but I'm not surprised Fortune Star didn't. They're just not the people to bother with "nonsense" like that. We got two trailers on each disc (the original trailer and a new one made for this release) and some picture galleries. The subtitles are the old wonky ones but I can live with that, new ones would have been nice though. Someone who worked as a translator for Joy Sales said this on Asia Dvd Guide forum about Fortune Star's attitude: "Fortune Star actually laughed at the idea of a reworking on the English subs."


And lastly (and totally unrelated), check out this cool Tee!! I want one!! xD xD xD 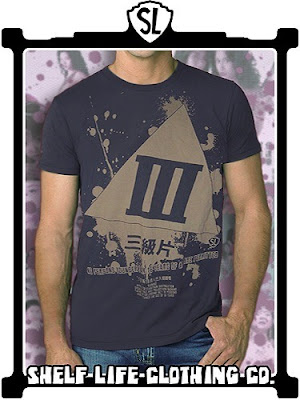 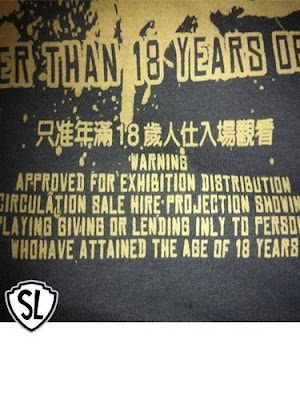