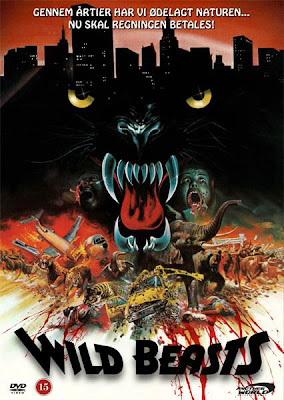 I've mentioned these titles before as they were announced for release from Njuta Films in Sweden quite a while ago. I speculated whether they were gonna be released from Another World Entertainment (AWE) in Denmark as well (as AWE are uber slow at revealing their new stuff!) but we've finally got word that HANDS OF STEEL, IRONMASTER, BLASTFIGHTER, and 2019: AFTER THE FALL OF NEW YORK are also being released from AWE in the coming months. And also, AWE have just announced they're putting out Franco Prosperi's WILD BEASTS in March! The film is already out on DVD in the Czech Republic but that DVD only carries a French (and Czech) dub. Hopefully the new AWE disc is gonna carry the English dub. And lastly, I'm 99% convinced AWE are also going to release Joe D'Amato's PORNO HOLOCAUST as the Njuta Films release carries Danish subtitles along with the Swedish ones.

AWE and Njuta release many films but these are especially exciting as they're films that either aren't released on DVD at all or they don't exist in English friendly or uncut versions. 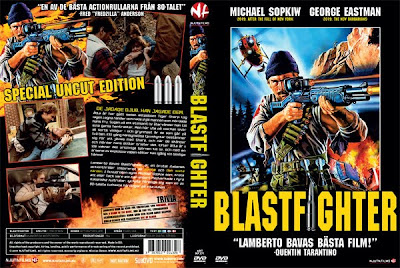 The back of the cover sports a spiffy quotation from our good buddy Fred Anderson: "One of thee best action flicks of the 80s" 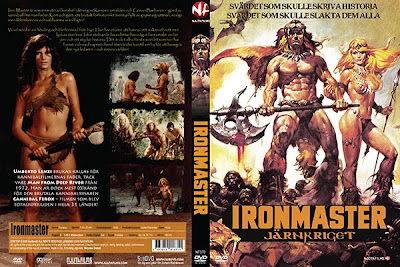 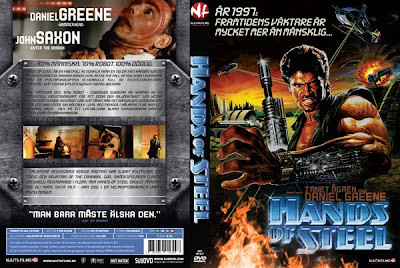 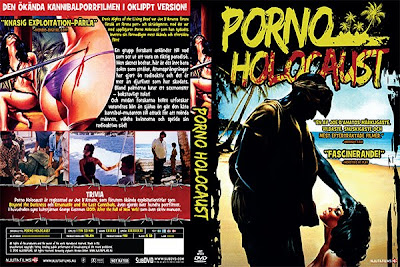