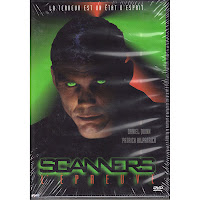 
Thanks for the info on the SC 2 releases to Member-X and Joachim Andersson.
Posted by Jack J at 6:42 PM