Boo-hoo, I didn't get KILL THE BASTARDS... and there's a reason! 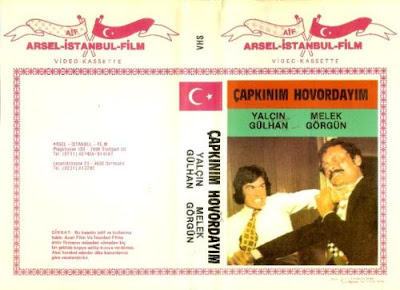 "Kill the Bastards" is most likely a title spawned by Miltos of Cinehound forum. The film's Turkish title is CAPKINIM HOVARDAYIM and it's directed by none other than Cetin Inanc! Yes, thee Cetin Inanc who also directed TURKISH STAR WARS, DEATH WARRIOR, TURKISH RAMBO, TURKISH ROCKY, TURKISH JAWS, and tons more.

Miltos had the Turkish VHS release of CAPKINIM HOVARDAYIM up for auction, I placed a fair amount on it but, uhh, after 12 bids it reached 122.50 bucks! Congrats to whoever won it. Sadly not me. :-(