This brutal film looks bloody awesome! (unless you don't like brutal films, obviously). And it's out on DVD-R (legit? Semi-legit? Boot?) from Ciko in Turkey. It's subtitled in English and when you order it you get both the original unsubbed Turkish VCD, a subbed DVD-R, and lobbycards. For the film on their eBay store go Go here. Edit: With most of the DVD-R's from Ciko you get a VCD along with the DVD-R but I've just been informed this isn't the case with this film. No VCD, only a subtitled DVD-R. 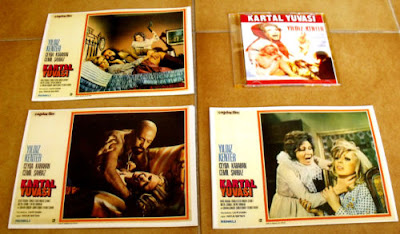