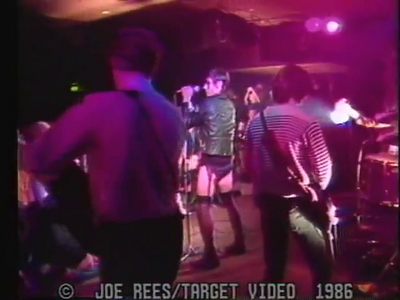 
As I reported here I bought CD re-releases of three old IGGY POP LP's recently and I've been playing them ever since. Don't get me wrong, I love THE STOOGES but these early 80s records are pretty fucken cool too. In the first post I posted a live version of "I'm a Conservative". I've later discovered that the entire gig is up on YouTube in a brilliant picture quality (good enough for fullscreen viewing). The concert from November 25, 1981 was originally released on a TARGET VIDEO vhs in 1986. Watch it in all it's full mini-skirt & stockings glory here.
Posted by Jack J at 7:08 PM