Ahh, the dreaded flu is over! A whole week of drifting in and out of comatose and nasty headaches. I'm back baby! And yesterday I picked up 16 (!!!) volumes of the "Film-aarbogen" books from the post-office. Yay!! ("Film-aarbogen" are annual film books that list/review most of the films which premiered in the Danish cinemas throughout the year covered). The volumes I got yesterday cover 1953 thru to '68. It's quite amazing to see how many now classic movies that played here back in the day.

I don't have any scans of the new ones but here's one I bought a little while ago, the 1970 edition (featuring Birthe Tove of BAMBOOHOUSE OF DOLLS fame on the cover) 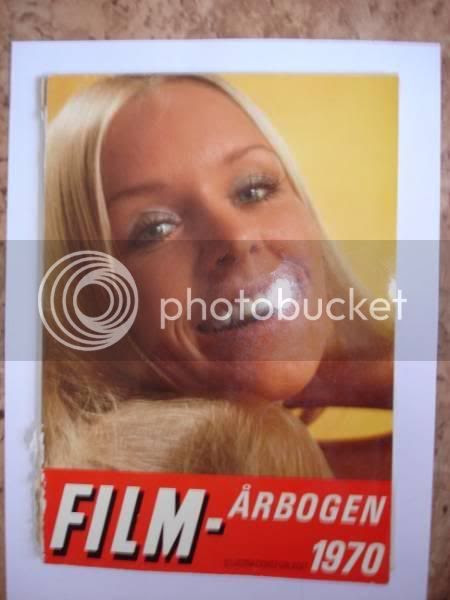