The Expendables 2 trailer is here!!!

The first one was great fun. Not awesome and in no way worthy of even touching RAMBO 4's dirty boxers but then again few new action films are. LMFAO. I look forward to this one if it's at least as fun as the first one I'll be happy.
Posted by Jack J at 3:53 AM No comments: 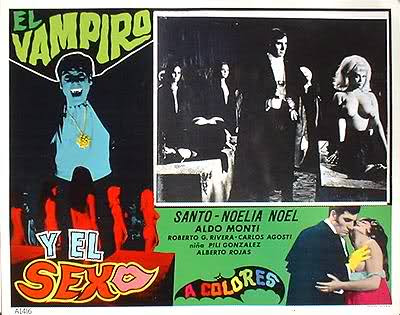 Ian Jane posted about this long lost EL SANTO film over on the ROCK!SHOCK!POP! forum. I haven't seen the film yet so I'll re-post his forum entry here (I hope he's alright with it). It certainly looks very cool! Also, check out this blog post over on the multo cool'o and imformativ'o TEMPLE OF SCHLOCK blog (which used to be a print fanzine altho I never got any of their issues). And there are some screen grabs on this Spanish lingo blog.

Santo fans have probably heard about the fabled 'sexy' Santo film that was made but which never saw the light of day. It was found a year or so ago and while Santo's son doesn't want it released (for fear of tarnishing the kid friendly image his father's movies had), it did get a TV showing recently and someone taped it, subtitled it, and uploaded it to a certain file sharing site.

I'm pretty stoked that even if this isn't amazing quality that it is at least available now, with subs no less. Hopefully the movie gets a proper release, as I'd love to hear a commentary from an expert on the Santo movies discussing the bizarre history of the film. If that'll happen or not, who knows - and the image quality of this isn't going to floor you, but just to have the chance to see it after reading about it years ago and figuring it would never surface warms my geeky heart.

There's a pretty interesting article about the find on Reuters here. Basically this is the color and sexified version of Santo In The Treasure Of Dracula which Rise Above made available a few years ago (I miss that company). 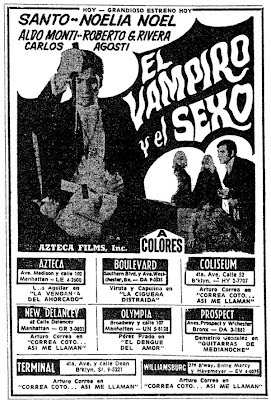