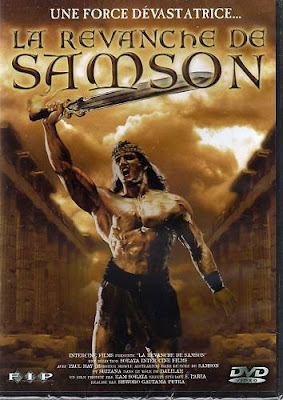 How utterly awesome!! It's come to my attention (thanks to Kothar, another hardcore Indo film collector!) that Sisworo Gautama Putra's Indonesian movie SAMSON DAN DELILAH (1987) has been released on DVD in France! Actually, it seems it's been out a while and there are no less than two DVD releases and a VHS release! Gee, sometimes you think these world-weird films aren't available anywhere other than on Malay VCD and then they turn up on Euro DVD!

As I said, SAMSON DAN DELILAH is directed by Sisworo Gautama Putra who also did THE WARRIOR (aka Jaka Sembung), THE SNAKE QUEEN and SRIGALA. Check his filmography here (a much better film base for world-weird cinema than the bloody IMDb!!). I have never watched the film but I remember reading about it on Günter Müller's cool (and sadly long gone) site WEIRD ASIA. I think I might have his review on my old computer. I'll check and post it here if I do. According to the credits on CITWF the film stars none other than Indo horror queen Suzzanna! (from QUEEN OF BLACK MAGIC, SNAKE QUEEN, SUNDEL BOLONG (aka Ghost With Hole), and tons more Indo horror films).

The French title is La Revanche de Samson and you don't need fluency in French to figure out it means "the revenge of Samson" in English. The DVD is available from eBay France and not surprisingly it's not English friendly. I don't know if it carries the original Indonesian audio. However, my collector friend has informed me that the DVD is both widescreen and fully uncut! In fact it runs 6 minutes longer than the Malay VCD! Needless to say, I've ordered it right away! YAY! SPIFFY!! 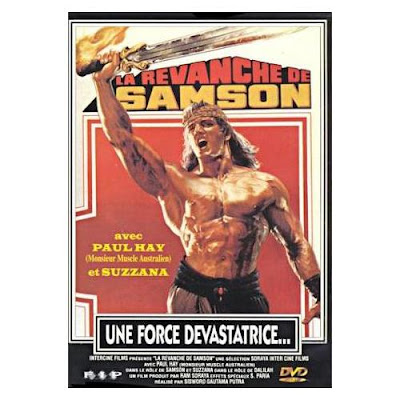 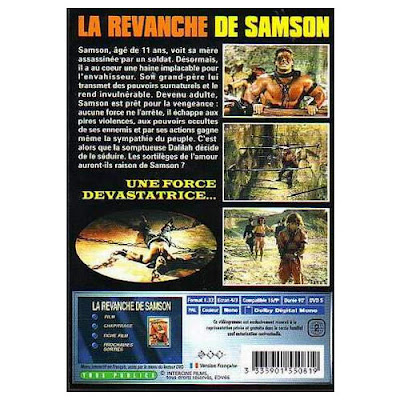 Plot description translated by our friends at Google:

Samson, aged 11, sees his mother murdered by a soldier from the Netherlands. Now he feels an implacable hatred for the invaders in his heart. His grandfather sends him supernatural powers and makes him invulnerable. As an adult Samson is ready for revenge and no force can stop him. He survives the worst violence and the occult powers of his enemies. His actions win the sympathy of the people. Then the sumptuous Delilah decides to seduce him. Spells of love they have reason to Samson?

I tried to correct it somewhat but, uh, I think I'll just leave that last bit there. No idea what they mean. LOL.

EDIT: Holy fuck!!! Check out this clip from the film that I found on YouTube (you'll need to turn the sound down first as it's very loud):

And one more scene... 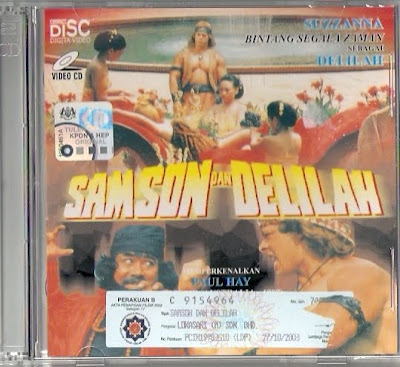 Thanks to Peter (Kothar) for all the info and the VCD cover scan!
Posted by Jack J at 5:30 AM No comments:

I posted about the Filipino remake of NIKITA a while back and it has led to... absolutely zero! Nothing. Nichts. Nada. So, again, if anybody out there has this on VHS or DVD-R and can do a DVD-R please get in touch. Cheers.

Check this trailer out; it's a remake of the French classic LA FEMME NIKITA from the Philippines!!! And it looks awesome! The Nikita character is played by Filipino actress January Isaac who starred in a bunch of action film from 1997 thru to 2004.

I posted the trailer on my Filipino blog recently but it NEEDS to be posted here as well cos it's just too cool!! And, uh, also cos my extensive search for a copy of the film has brought me... nothing. I'm pretty sure it was only released on VHS and maybe there's a VCD in the Philippines. The trailer was uploaded by Dvdmaniacs member Robert who's located in the US and he tells me the trailer stems from a locally released tape (with a different film) that his parents rented many years ago.

Unfortunately, Robert doesn't have the film either. If any of you have a copy... well, you know in which direction to send a DVD-R (hint hint). Unfortunately, I have a feeling a copy isn't gonna turn up any day soon. Boo-hoo.