Too cool for school! 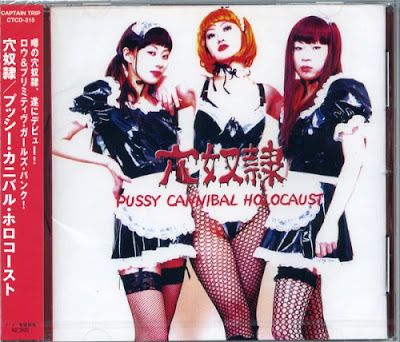 I've never heard this band but the cover of their CD along with their name is too cool not to post regardless!! Info about them is scarce but one blog describe them as "primitive punk". Yeah, I believe that. The CD is from 2001 and they've probably broken up long ago and have become hausfraus or kindergarten teachers.

EDIT: Hmmm, all that Japanese writing confused me, haha. Apparently, "Pussy Cannibal Holocaust" is the title of the record, NOT the band. Bummer! That would have sounded much better than that real name which apparently is ANADOREI.

Thanks to Kenno for tracking down this video on the ol'e tube:

According to Discogs.com the band have released two albums and two 7 inch EP's: