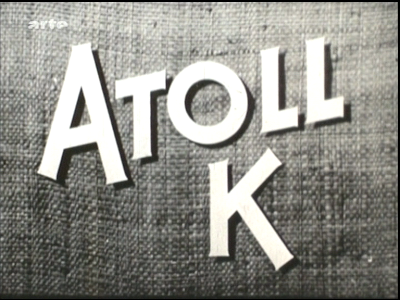 One of my fave TV stations is the joint French-German broadcaster ARTE TV. Around New Year's Eve they screened a series of Laurel and Hardy films. In addition to the old films ARTE also screened a new German documentary film about the duo and finally a bit of a curiosity; the last film they did together: ATOLL K aka Robinson Crusoeland (UK) / Utopia (USA). 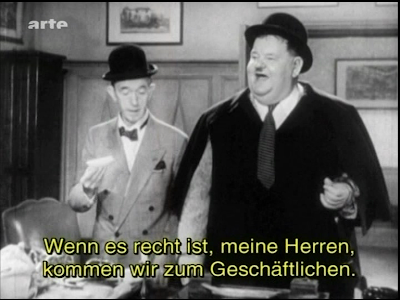 Like everyone else I've always liked the old Stan & Ollie films but I'm not a fan as such and haven't collected the films. However, when I saw the German documentary which had quite a bit of coverage on ATOLL K, the last film they did, and I learnt about the struggle they had to go thru trying to make the film (they couldn't make films in the US any longer and were going to chuck in the towel when a French/Italian company asked if they'd do a film in Europe) I just knew I had to tape it! 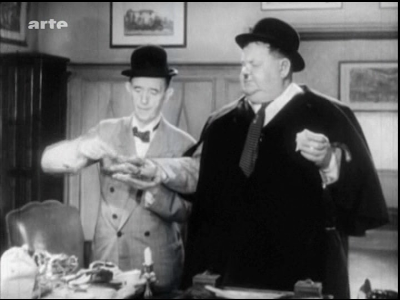 ATOLL K looked to be quite a bit of a psychotronic film (keep in mind it was made at the end of their career, to say it bluntly they look like they're quite... beyond their expiry date! And the gages are the same stuff we've seen lots of times before, but usually younger and better, but the very same reasons made the film interesting enough for me to tape (i.e. dvdr). And now I'm thrilled I did! I checked the film on Wiki and discovered to my surprise that ARTE's print is actually the ultra rare international English language print that hasn't been shown since its cinema premiere in 1951!!! Wauw! 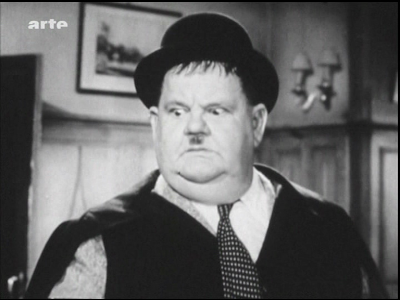 According to Wiki, there are no less than four different edits of the film: The French version called ATOLL K which runs 93 min; The Italian print (aka Atollo K) which clocks in at the 97 min. mark. The UK version (aka Robinson Crusoeland, re-titled Utopia in the USA) which runs a mere 82 min., and finally an English language international print that (as I mentioned) hadn't been shown since its cinema premiere in 1951.

Only one print of the international print, owned by a private collector, was known to exist. The film is out on various shitty public domain DVDs and video tapes in the US. However, the print that ARTE showed is the fully uncut, restored international version!! Very cool indeed!! I'm told the film is pretty bad but, hey, we're cult movie fans here. You and I know very well that "bad" films often take upon them a psychotronic quality of their own! I'm certainly looking forward to watching the rest of ATOLL K (so far I've checked the first 10 minutes and done up the screen grabs from the intro scene). 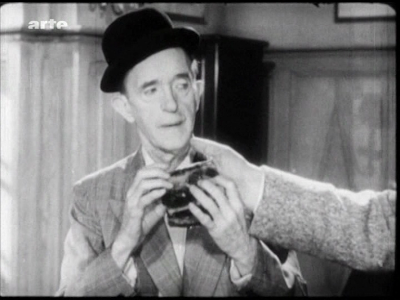