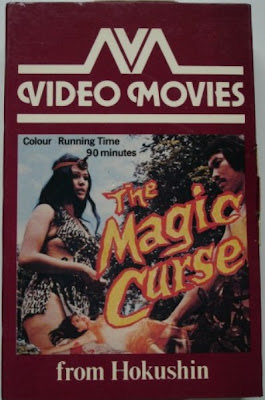 Brian (of the excellent Cool Ass Cinema blog!) asked if I've seen Tony Liu Jun Guk & Lee Tso Nam's THE MAGIC CURSE and yes I have. Lars Jacobson drew my attention to it a couple of years back (he told me he's so exited about it he always force feeds people with it. And thank you for that, Lars!) and I could have sworn I posted the cover scans here last year when I found and won the über über rare UK tape but damned if I can find the scans now. Oh, and to make it even MORE rare the tape I won is the INSANELY RARE Betamax tape!!!!! Either I didn't post them or I did but forgot to label the post and somehow it doesn't come up with the search function.

Oh well, here they all are anyway (and no it's not like I MIND showing off this tape, [I would have a big grinning smiley here if I could!]). Completely mint condition! I think someone bought it and put it in a drawer right away and never took it out again before they sold it off. It's an awesome tape; dubbed in English and letterboxed. I kept a close watch on it all week, every single day, when the auction ran last summer. I'm aware Miltos of Cinehound wanted it too. I'm aware there's both a French VHS and a DVD release but they are both dubbed in French which obviously is no good, LOL (this is info I have from French sites that I've checked anyway but you know how it is with Internet sites, sometimes they're not gonna list the English option if the webpage is intended for another market, however, the DVD probably doesn't carry the English track. But who knows unless you check :/ ). If you or anybody wanna look for the french tape or dvd the title is Au Pays de la magie noire.

About the film; The main character's uncle is reported to have crashed his plane over the jungle so he takes off on a rescue mission and encounters heaps of wild stuff. This film has EVERYTHING. It's completely whacked-out crazy! There's zombies, wild women, gore, nudity, insanity, all of it. Haha. No, I'm not gonna write a proper review but it's very entertaining, just take my word for it. I guess it was a product of Hong Kong's having been become tired of straight kung fu films and so they began to chuck everything else into the films to keep people's attention. Well, they certainly kept mine with this one, that's for sure. 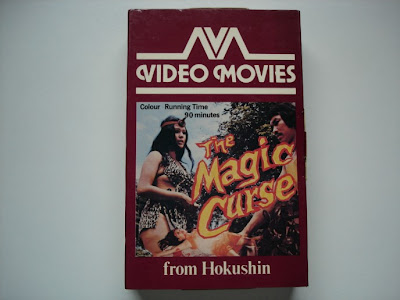 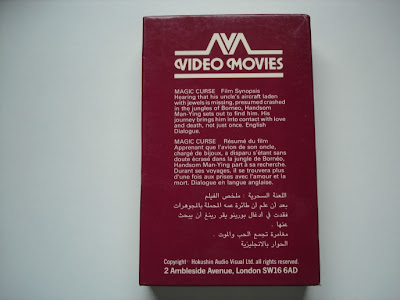 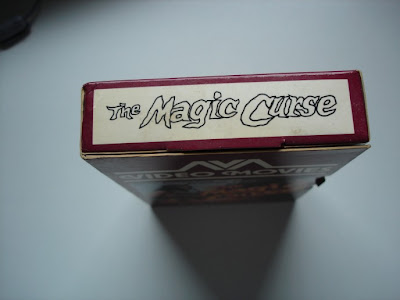 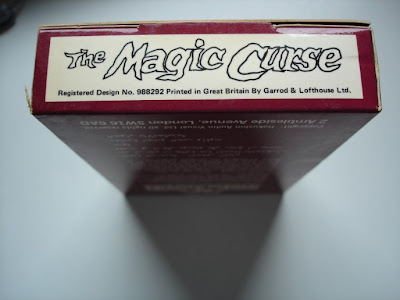 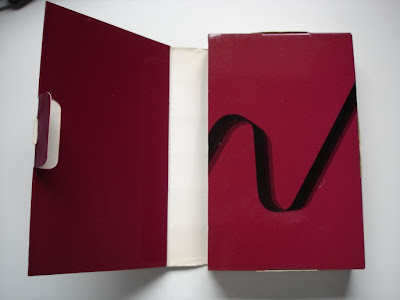 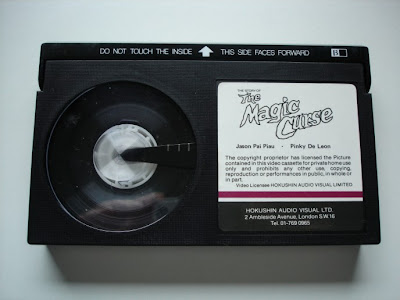 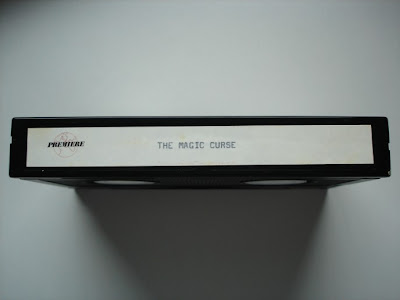 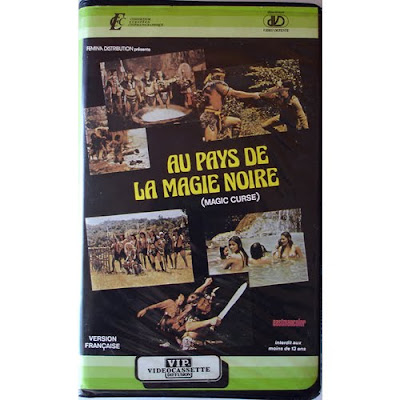 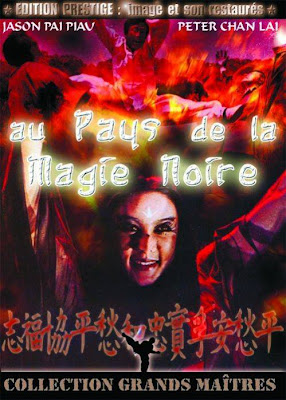 - and the French DVD with a terrible, terrible cover!

[except for the French VHS cover you can click the scans for a bigger size]
Posted by Jack J at 10:05 AM 2 comments: