So I'm watching this German flick 'bout a messed up teen chick...

...who's 15, her mum killed herself, her dad can't see her cos she tried to make him fuck her (my German is a little wobbly here so maybe it was the other way round??), she lives with her drunk aunt (who dies in a seizure halfway thru) and then in one scene she walks out the door from some house and we get this looong scene of her walking... and the music playing is...

LARRY AND THE BLUE NOTES doing the ORIGINAL version of "NIGHT OF THE SADIST" from BACK FROM THE GRAVE CD VOLUME 4!!!!!

How utterly awesome is that! The film is TORPEDO (from 2008) and the film's director (Helene Hegemann) is a 16 year old chick!!! Arrhh, off to a great start I'd say. Kool flick, Kool teen chick (in one scene she just walks round on the street with blood in her face to look more ragged, haha), and even kooler toon by these way kool kats from 1965!!! More info here if you read German.

Hmm, and of course "torpedo" is old slang for a hitman. xD
Posted by Jack J at 7:05 AM No comments: 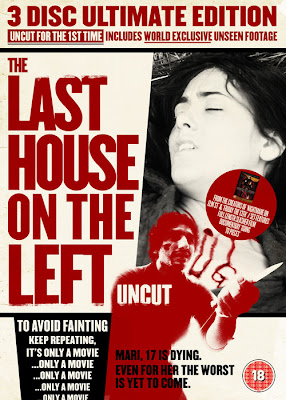