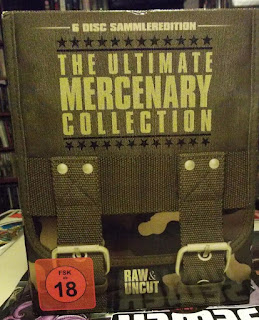 I've recently bought a brand new excellent blu-ray box set of five Italian/German flicks of the sort we like on this here blog! Four of them are directed by Antonio Margheriti and one by Fabrizio de Angelis!

"Brand new" as in I've had it sitting on my Amazon want-list for a couple of years! But brand new compared to the old Japanese VHS releases of the very same films that I have in my collection. And they're fully uncut ... and English friendly … and it's blu-ray! Reason enough to celebrate I'd say.

The box set contains six films, the last one being the original THE WILD GEESE (UK 1978) that the Italians ripped off with some of their films in this set (I assume. I haven't watched the original film yet).

The five Italian/German films all carry English audio for the films!
Unfortunately this doesn't apply for the extras which are in German, or Italian with German subs.

As I write this the set is available from Amazon Germany. Go here. 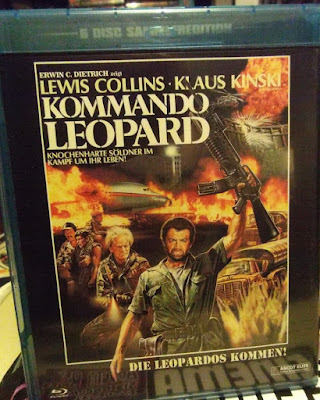 The films in the box set are:

THE WILD GEESE (Andrew V. McLaglen, UK 1978)
German title: "Die Wildgänse kommen"
In contradiction to the 5 Italian films, the UK film is of a lesser picture quality apparently; According to dvdcompare: "note the last 7 min 13 sec of the German BD are zoomed in and in much lower quality". 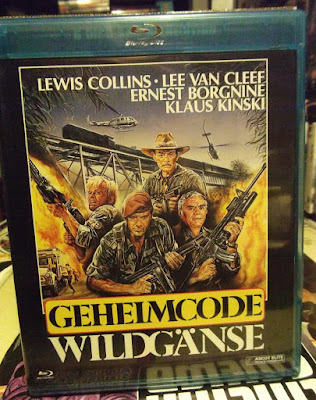 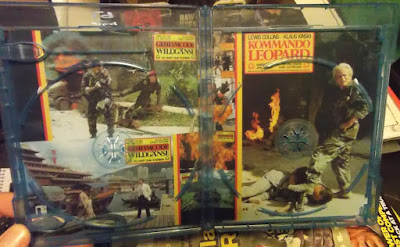 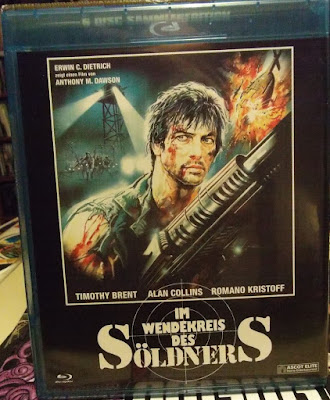 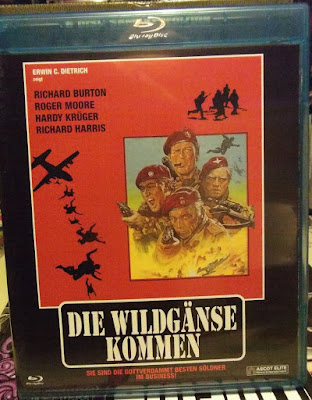 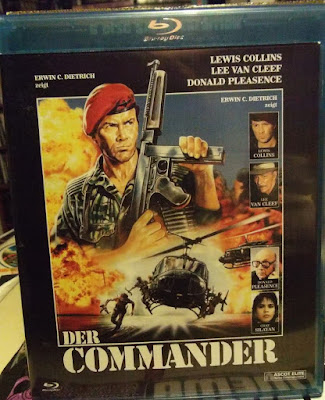 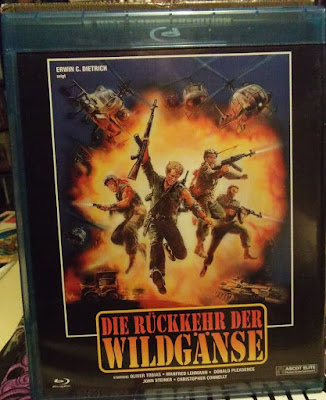 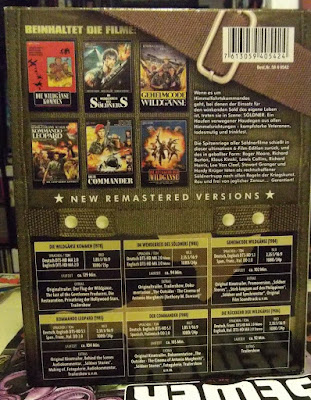