Blow your mind for a penny!!! 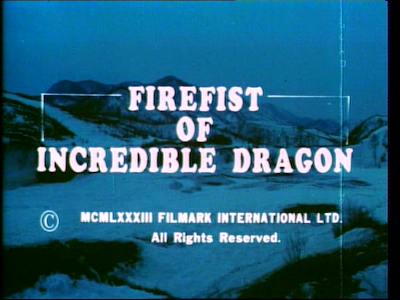 Unless television has ruined your short term memory completely you'll remember I bought a DVD from Amazon UK for 1 pence a fortnight ago. I remember Fred "Ninjadixon" Anderson asked me if it were a good movie. I suspect he thought it would probably be the worst crap ever. I mean how can you get a good or even decent movie for one lousy stinking penny!?!? I must admit I kinda had the same worry, I mean, come on, ONE PENNY for crying out loud! Well, the movie is FIREFIST OF INCREDIBLE DRAGON (Hong Kong, 1983), I watched it last night and... let me try and put this into perspective... one of the wildest and most insane films I usually bring up when the debate is on, well, wild and insane movies, is WOLF DEVIL WOMAN. Most fans of worldweird cinema will tell you that film is a bat-shit crazy movie. Try and listen carefully to what I'm going to say now, I'll try and write it as slowly and carefully pronounced as I can... "FIREFIST" IS "WOLF DEVIL WOMAN"... AND THEN DOUBLE UP!!!!!! ARRRGGGHHHH!!!!!! 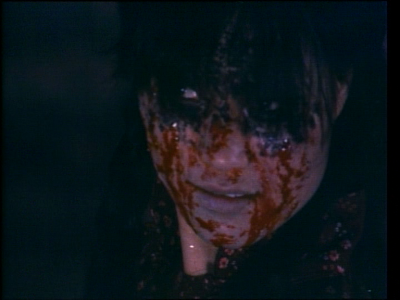 This is without a doubt the most wild, insane, crazy, fucked up, messed up, mindblowing piece of worldweird cinema I've eve seen!!! This film has EVERYTHING!!! Dead corpses, ghosts, flying ghosts, nudity, zombies, bad kung fu, a zombie doing bad kung fu, sleaze, gore, people pissing their pants, the window scene from SUSPERIA totally ripped off!!!, music from spaghetti westerns, bloody bath water, and tons more! The only thing you won't find is a flying head... BUT IT HAS A FLYING HEART THAT KILLS PEOPLE!!!!! 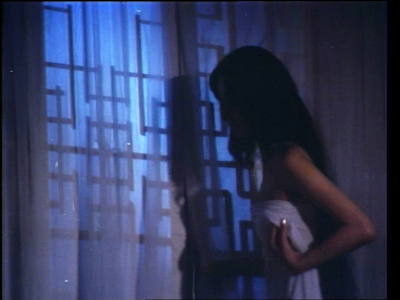 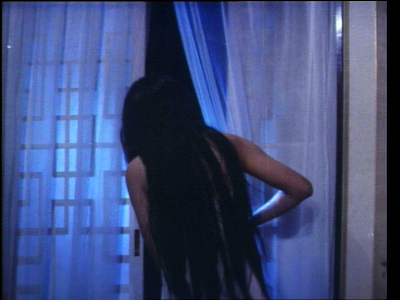 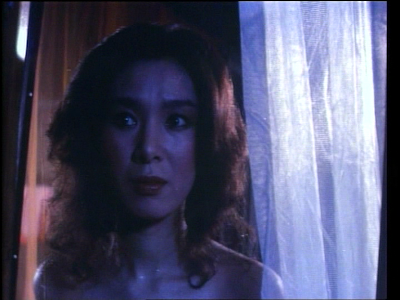 That one penny is the best penny I've ever spent!!! My good buddy Ingolf (who once was part of the Copenhagen gang but now resides in the fjells of Norway) tells me this version is even only a short version and there is a longer French print (only on VHS I think). Needless to say I tried to located that version immediately after finishing the mindblowing experience but alas to no avail. Apparently the French version is even letterboxed. The print states Jimmy Tseng is the director but I haven't been able to find any info on the film and I don't trust the fucken IMDb at all as most of that info is written by drunken Mongolian monkeys - on medication. The UK disc is serviceable but not great: fullscreen, English dub, and the picture looks like ass! (kinda like if it were taped off an outskirt TV signal). And there are scenes covered in a weird blue light, I couldn't even tell if it were MEANT to be that way or if the print just went from crappy to even more crappy - BUT IT DOESN'T MATTER!!! Somehow the rough picture made it all the more fun.

The DVD cover says 2002 but even so you can still easily get it from Amazon UK and eBay. My copy was a second hand copy but I bet it was only watched once (or not at all) as it looks like new. I checked eBay and it turns out the film was also released on VHS in the US but apparently it's never made it to DVD statesside. One seller stated the US tape runs 90 minutes which is quite a bit longer than the UK DVD but I have my doubts about that. I've seen one too many eBay page with info taken right off video cases because the sellers couldn't be arsed to check the tape or DVD (but if you have the tape please let me know. Cheers). If you can't play PAL DVDs I suggest you get the boot they're selling from FarEastFlix; their version is fullscreen + English dub but whether it's off the US VHS or the UK DVD I have no idea. I'm certainly gonna watch this again, I suggest you do the same if you're into worldweird films. xD 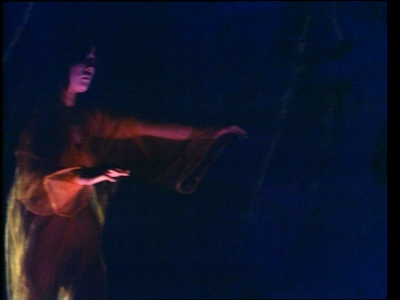 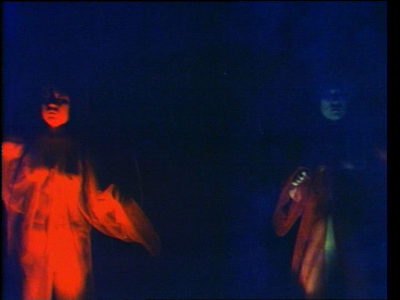 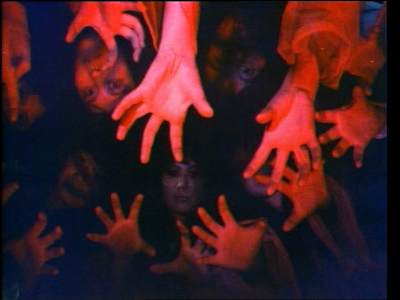 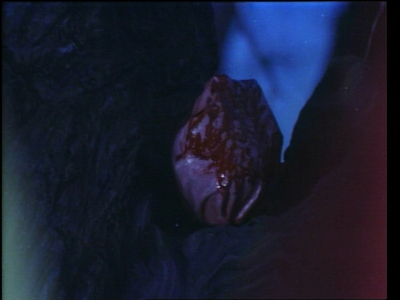 The deadly flying heart taking a rest in a tree. 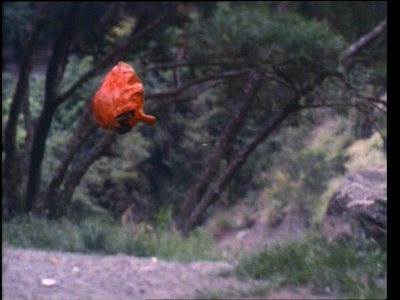 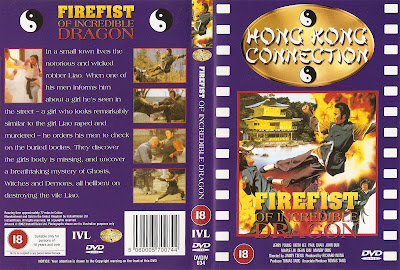