Edit: I uploaded the video to YouTube but they removed the sound, so here it is again this time uploaded to Photobucket. xD.

Judging by the trailer this looks like a soft porn flick. As far as I'm aware it's unreleased on in any home-cinema format and it belongs to that handful of movies that Bruno Mattei shot late in his career in the Philippines. Interestingly enough, it has Yvette Yzon in the main role. She also played the lead in ZOMBIE: THE BEGINNING, ISLAND OF THE LIVING DEAD and THE JAIL. Actually, I have a feeling that all her film work was for Bruno. According to the crappy IMDb she hasn't made one single movie since Mattei's last movie, ZOMBIE: THE BEGINNING.
Posted by Jack J at 5:09 AM 8 comments:

Finally!! THE JAIL: IN A WOMAN'S HELL DVD is finally coming home!!! 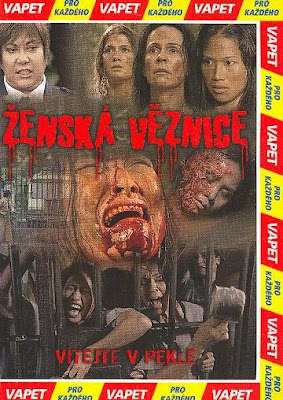 Yes, my furry friends. I'm finally gonna get Bruno Mattei's THE JAIL! On DVD all the way from the Czech Republic!! xD!!! I ordered it from an online store over there and had to work my way thru the whole ordering hoopla with the ol'e trusted (or not so trusted, whatever) Google translator!! Including postage to Western Europe the price came to a whooping 13 Euros! Yay! Spiffy!! 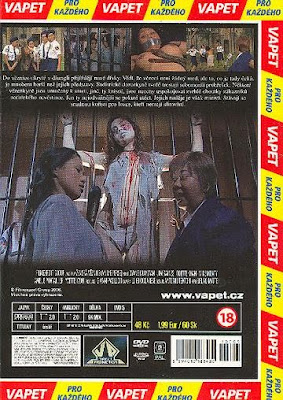 Mattei on the set of his last zombie movies:

I noticed there was no interview anywhere with the famale star of Bruno Mattei's last two zombie movies, ZOMBIES: THE BEGINNING and ISLAND OF THE LIVING DEAD + THE JAIL (which I haven't got yet, boo-hoo). So I got in contact with the film company and said "Hey, you gotta publish an interview" to which they said "sticka it uppa your assa, bastardo", but when I told them who I am they realised their mistake and said, "Scusi, madre de dios, we are most asha-me-de. Here iz interview". Alright, maybe I'm exaggerating slightly, but I did upload the interview to YouTube, haha. Hmm, and when you watch it it becomes obvious she was dubbed in those movies.
Posted by Jack J at 2:33 AM No comments: 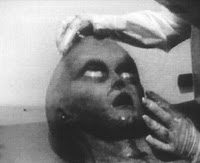 I have no idea as to why the low print runs but maybe they don't reckon they're gonna sell very well. Incidentally, almost all copies have already been sold out (and yes I have secured the Filipino flick!).
Posted by Jack J at 12:54 AM No comments: