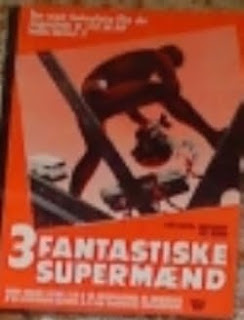 I watched this a million years ago when I was in my first grade! My mum asked me if I wanted to attend a film club at my school and obviously I thought it was a grand idea. I believe 3 FANTASTISKE SUPERMÆND, as it was called locally, was the season's very first film but I could be wrong. Unfortunately, I didn't keep the program. It took about 35 years before I got to revisit the film. Until fairly recently it was close to impossible to track down and it was only due to Henrik Larsen getting hold of a German dubbed tape that I was able to watch the film again. Later I wrote a long review for his Obskuriøst magazine (see scan). DL the issue here (my article is in the lingo of the savage Norsemen though [some of the other stuff is in English, like a cool article on Kirk Morris by Graham Rix]).

I'm posting about this cos, lo and behold, I just bought a rare film program (thanks Henschjell!) from the film's cinema run in Denmark! Yay!! 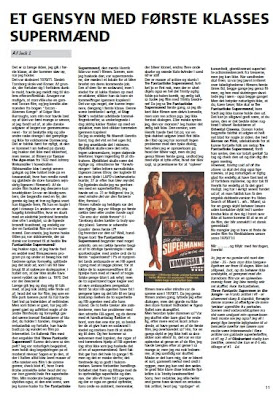