aka BLOOD SEEKERS / THE HORROR FROM BEYOND 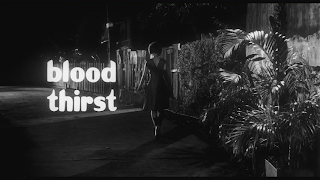 Young, beautiful women are being bumped off by a mysterious killer in the vicinity of a nightclub in downtown Manilla. The head of police (played by a young and less plumb Vic Diaz) runs to the phone and calls an American detective friend (played by Robert Wilson Mercy) who has specialised in mysterious killers who bump off beautiful, young women. The American friend arrives and soon after goes under cover as a writer with an interest in bumped off beaut... well, you get the point.

He also runs into the police chief's sister (unavoidable romance ensues), local goons, scantly clad nightclub dames (relatively scantly clad anyway. The film was probably made in the 60s altho not released until '71), and eventually a monster so diabolical your blood will freeze and you'll be tossing and turning because of the nightmares you'll be getting (I'm exaggerating by a million). Half of the film is set in the nightclub, the dialogue is aplenty, and the action and horror scenes kept to a minimum. 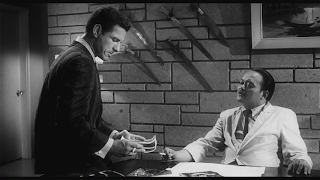 BLOOD THIRST is by no means a great film. Not even if we only compared it to other Filipino horror films. But I liked it and thought it had its charm.

The film has a laid back obscureness to it that I though was cool. Also, the film being so old, made way before the American-Filipino coproductions we're so familiar with from Roger Corman (i.e. mostly made in the 70s), makes for an interesting watch.

The fact that the actors are unfamiliar faces (except Vic Diaz who was probably in every Filipino film made in the 60s and 70s!!!) makes it almost seem like it's from another Philippines. Bizarro Philippines. And just who was Scandinavian sounding Yvonne Nielson??

I liked the crisp black & white look as well - and not least the cool jazz score thru out the film. And with a running time of just over 70 minutes it doesn't overstay its welcome. 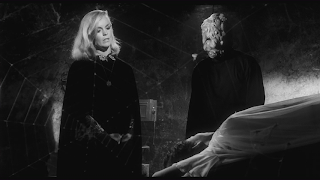 I watched Vinegar Syndrome's release from their "Drive-In Collection" series. The film is backed with another US-Filipino film called THE THIRSTY DEAD. Both films have also been released by Something Weird Video. VS's print is from a 35mm print presented in its original aspect ratio of 1.85:1 and it looks fantastic!

There's a wee bit of noise and worn print around reel ends but that's alright and if nothing else means the film wasn't shot on fucking video. The SWV dvd is presented fullscreen and it's definitely not the way you wanna watch the film once you've seen the print from VS! Neither release carries any extras related to the film. 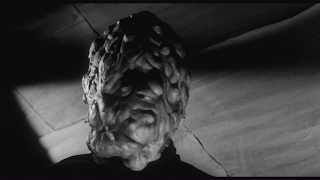 Andrew Leavold also reviewed the film on his blog and had this piece of interesting titbit to say:

"Robert Wilson Mercy, the smug big-chinned former stuntman and bit player who plays our Ugly American hero, has made his presence felt on the net recently, leaving some outrageous claims in unsuspecting chatrooms: that he made more lost films in the Philippines with director Newt Arnold, who he describes as one-eyed and with a malformed hand; that he was offered the role of James Bond in a serious version of Casino Royale – but he was making a B-film in Manila at the time and couldn’t get out of the contract; and that he’s stalking the producers of the next Bond film offering his services as Daniel Craig’s nemesis. I say to Robert Wilson Mercy: the world may have gotten Woody Allen as James Bond instead, but we still have your career’s crowning glory, the 1971 Blood Thirst."

I'd love to find out what other films Newt Arnold directed in the Philippines and where they are now. Are they lost? Did they get finished? Have they been screened anywhere? 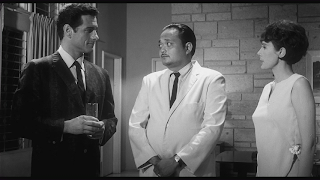 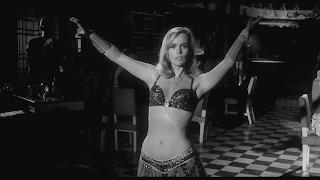 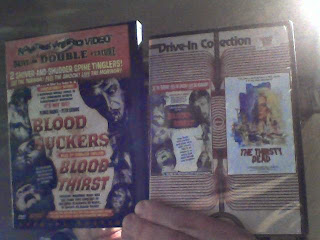