I got THE GUN CLUB's fantastic album "MOTHER JUNO" yesterday. On CD. I bought that record on vinyl in 1990 but haven't been able to listen to it for a long time (as my record player died on me a few years back). This is really cool. I remember reading someone saying the GUN CLUB sounded like they came from the swamp but I always thought they sounded like the desert. 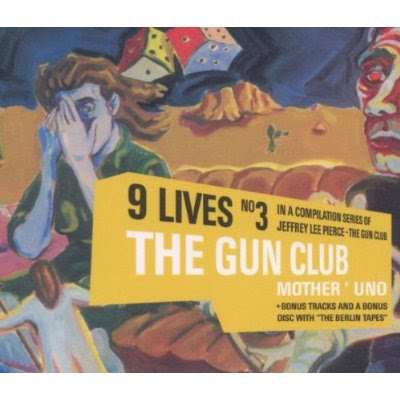 The CD set also includes the wonderful 12" single "BREAKING HANDS" as well. I remember buying that along with the LP back then. The same year I also got to see THE GUN CLUB at the Town & Country Club in London with my friend Michelle G. Unfortunately, lead singer Jeffrey Lee Pierce died a long time ago. The CD set also contains the unreleased "THE BERLIN TAPES". It's part of Flow Records' (in Holland) sadly aborted "9 LIVES" re-release series of GUN CLUB albums with extra CDs.