Last week we saw the trailer for Jack Hill's very entertaining THE BIG DOLL HOUSE (1971) shot in the Philippines with Pam Grier & Sid Haig and produced by such prominent Filipino folks as Eddie Romero and John Ashley. According to IMDb Roger Corman and Cirio H. Santiago were in there producing too.

So this week I find it fitting to post the trailer for the follow-up; Jack Hill's THE BIG BIRD CAGE from 1972. The first time I watched the film was after I found it on VHS one summer's day in Melbourne in the early 1990s. I remember the store didn't have a whole lot of cool titles but I came out with three tapes and one of them was THE BIG BIRD CAGE (another was DRUM, which also stars Pam Grier and was on Betamax tape no less! Hmm, wonder what the last one was... hmmm...). I was lucky enough to catch (and tape) THE BIG DOLL HOUSE a couple of years later when it was screened on TNT (now called TCM).

Anyway, apart from Pam Grier this one also stars Sid Haig, and Vic Diaz is also in it. My own bet is he was probably in 95% of all Filipino exploiters that came out in the 70s and 80s. Unfortunately he died a couple of years back. Among the babatious actresses we also find Anitra Ford (who was also in on of my favourites; STACEY!, also from 1973)and Carol Speed (who was "Abby" in the blaxploitation ripoff of THE EXORCIST; ABBY).

I know-I know, the internet is full of crappy YouTube stuff and life's too short to watch even just a fraction of it all but do go ahead and watch this trailer, it's mighty good fun! 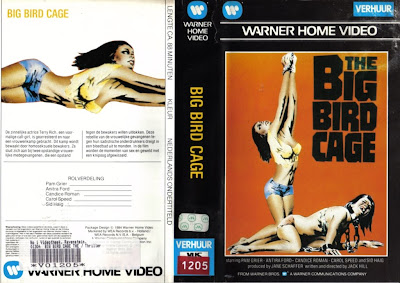 Thanks to Teade (Cinehound's KingofB) for this cool Dutch scan.
Posted by Jack J at 2:52 PM 6 comments:

It's four in the morning and I think it's of utmost importance that I tell you I have just purchased even more Mexican horror movie related stuff!! I won the old rare and muy deleted video release of DR. SATAN and secondly I ordered the (probably) very exiting British book "Hispanic Horrors" (from Midnight Media). Woo-hoo!! Oh, and yesterday I bought LA NAVE DE LOS MONSTRUOS (aka The Ship Of Monsters) from 1960. I first discovered the film on Don_fofo's way cool blog Cinediondo. Check the post here and even if you don't read Spanish then at least check the cheesy screen grabs! (otherwise you could use my Bablefish translator at the bottom of this page). 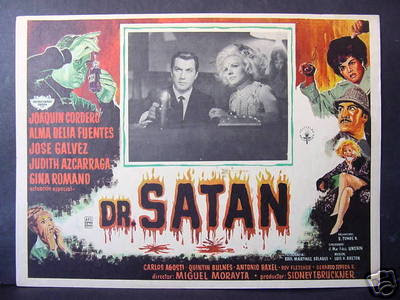 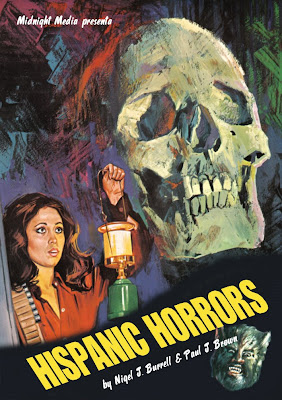 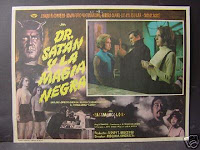