A wee bit more coverage on JUST HEROES; I found the trailer for the film on YouTube. It's also on the MIA tape and now it's also right here for your enjoyment and pleasure!!

And here's a Cinema flyer I borrowed from Phantom of Pulp's blog (I hope you don't mind, Phantom). It's half past 2 in the morning here so I'm too tired to explain about the flyers again but if you check out the comments for the last couple of posts with HK movies you'll know what it's all about.

The flyer here is from Russell Cinema where JUST HEROES was shown and as you can see it's from 1990. I didn't arrived in Melbourne till '91 so unfortunately I never got to see the film at the cinema (I'm sure it ran again but, uh, so many films!! And besides, I kinda tried to also have a life outside of the cinema, haha). But of the John Woo flicks I do remember going to see were HARD-BOILED and the A BETTER TOMORROW films (several times). The first HK movie I saw in Australia was A BETTER TOMORROW at the 40th Melbourne Film Festival in '91. What a kick off, eh! 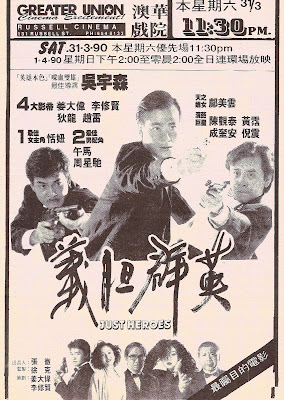 Phantom of Pulp also wrote a piece on JUST HEROES right here.
Posted by Jack J at 5:32 AM 2 comments:

Here's about five minutes from the beginning... 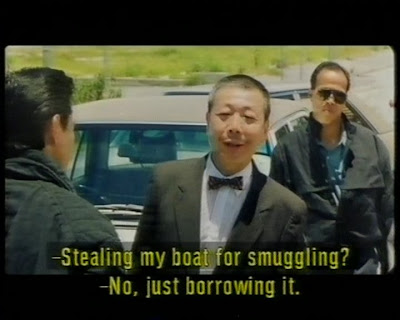 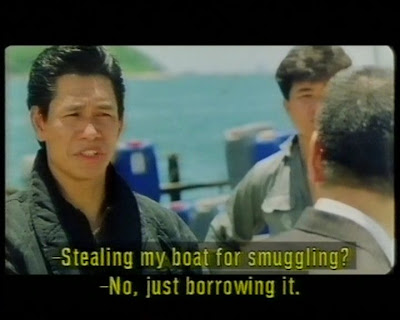 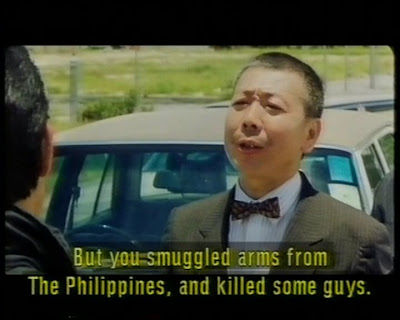 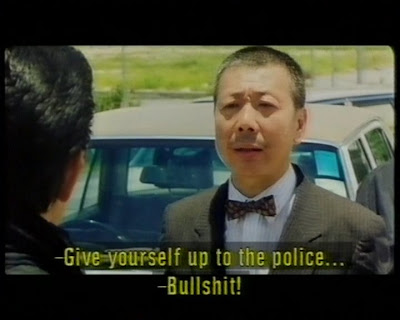 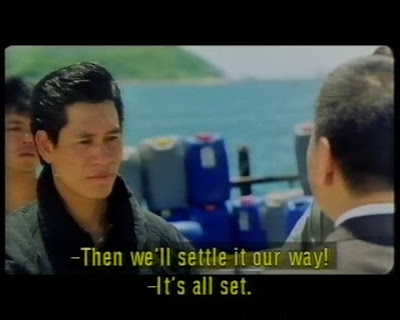 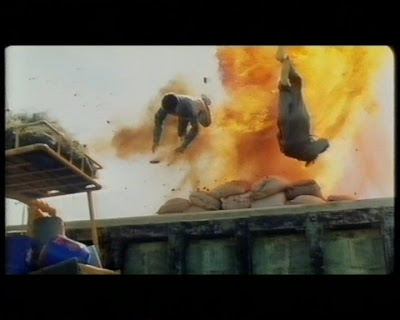 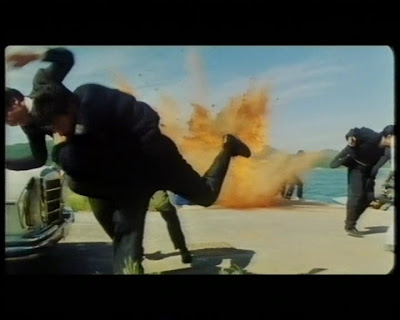 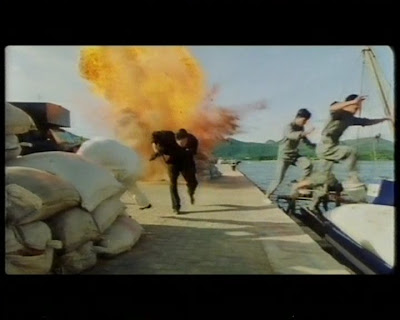 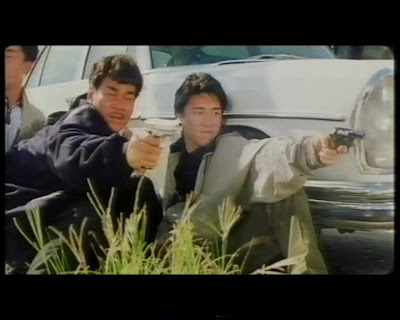 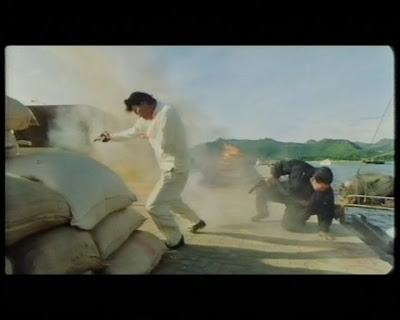 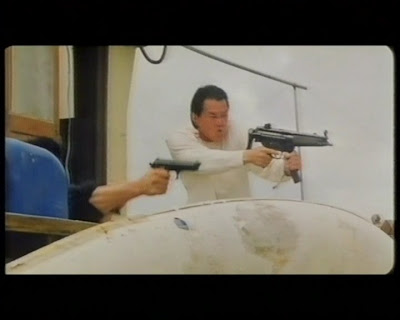 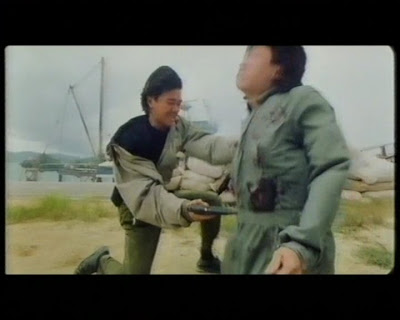 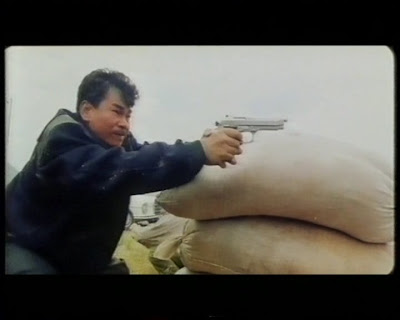 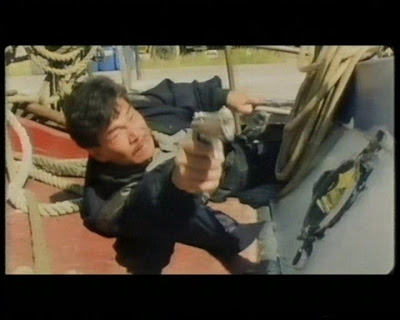 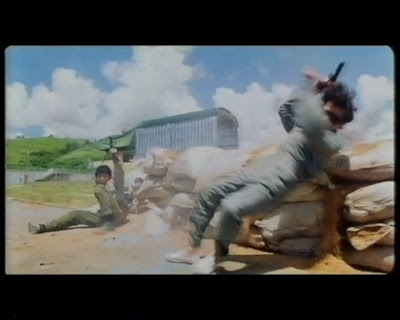 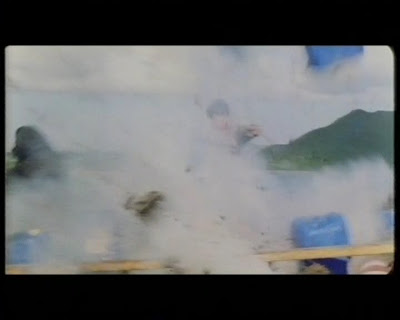 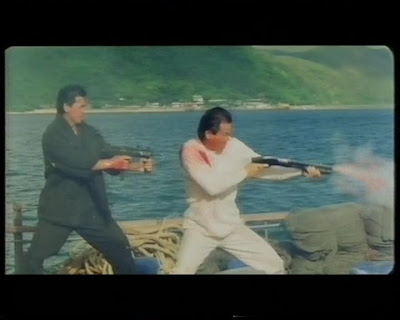 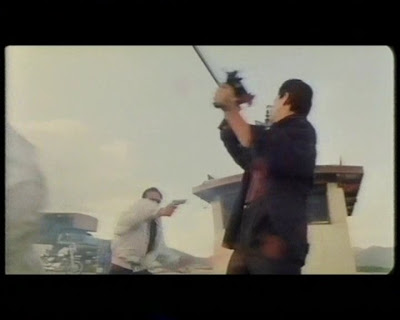 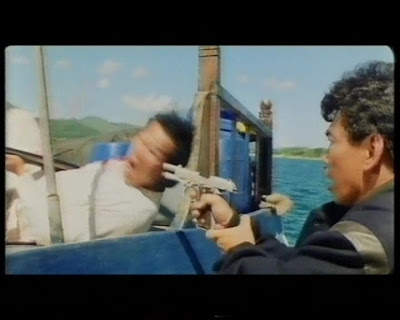 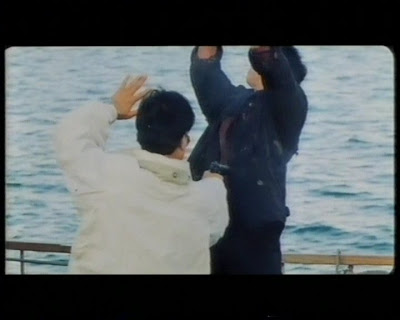 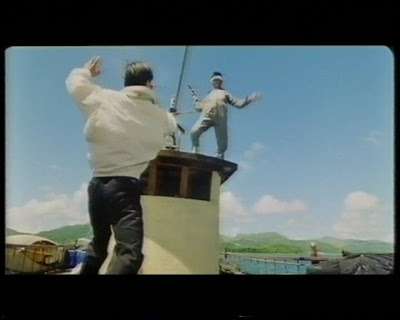 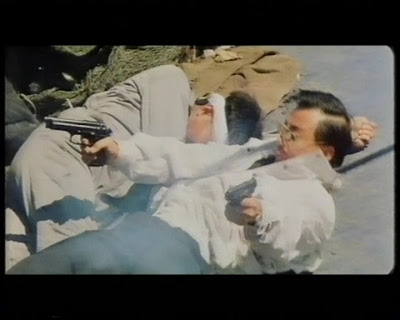 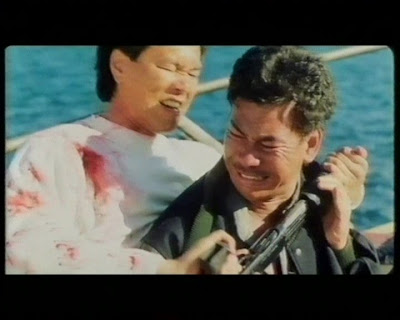 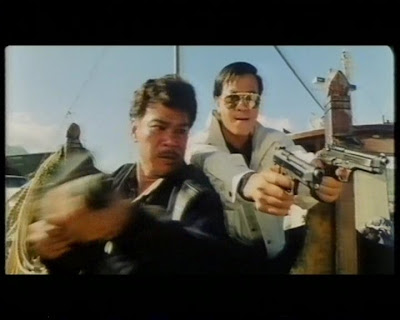 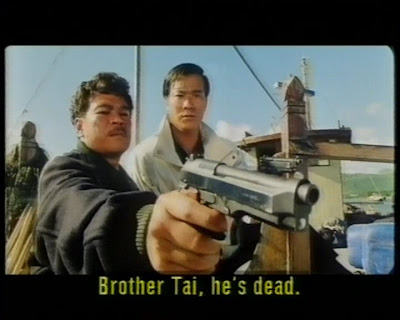 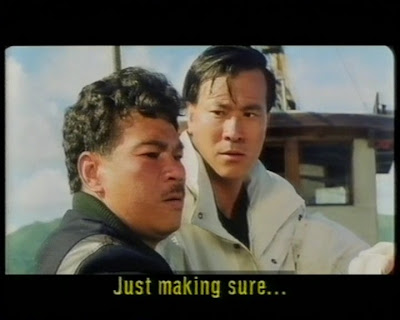 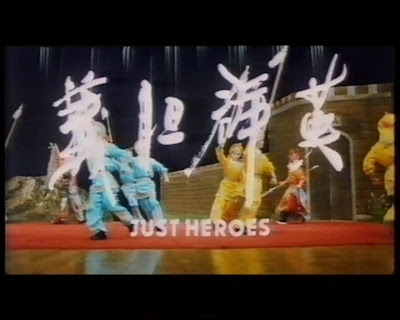 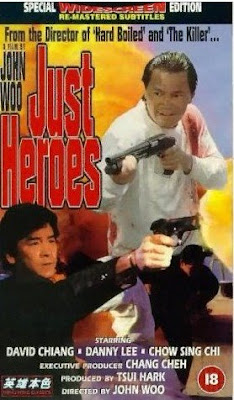 According to "Asian Dvd Guide" there are no English friendly DVD releases of JUST HEROES. This UK VHS from MIA is the best release there is as it features new subtitles (i.e. not the wonkey cinema subs), it's letterboxed, and not least; this is the fully uncut version!! The version that ran in the Hong Kong cinemas was a shorter censored version.

I re-watched this film last night for the first time since the 90s. I wasn't too sure if I wanted to watch it at all as I remembered not liking it in particular back then. Actually, my perception of the film pretty much followed what most of the genre reviewers thought of it back then; JUST HEROES usually received lukewarm reviews saying it was a half-baked masterpiece compared to John Woo's true masterpieces, THE KILLER and his A BETTER TOMORROW series.

However, I must admit I was quite breath-taken last night cos, lo and behold, this film rules!! It turned out to be really good! I think most reviewers back then (including myself) wanted JUST HEROES to be a new THE KILLER or ABT. We all loved Chow Yun Fat as an über cool gunman and that was what was EXPECTED of John Woo: another film with a HERO! A loner. A Death Wish-Exterminator-Man-with-no-name character. But instead John Woo delivered a heroic bloodshed film without one masterful samurai-pistolero in the lead. Instead we got a film with multiple characters. Different layers. John Woo actually makes you have to remember multiple main characters. How dare he!! LOL.

I must admit my perception of JUST HEROES changed for the opposite: this is really good and you ought to check it out. Even if you (like me) saw it a long time ago and didn't care too much for it.

So is it on par with THE KILLER etc.??? Well, is it really necessary that I tell you, eh? Check it out yrself and make up yer own mind, paesano. The UK tape is available from Amazon UK.
Posted by Jack J at 12:28 AM 8 comments: