A little while ago I posted about what I called a new official DVD release of BIONIC BOY & DYNAMITE JOHNSON from Germany. Unfortunately, Bobby A. Suarez' son, Roberto S. Suarez II, informed me that the DVD is a bootleg!

Thank you for your continued interest on my late father's movies. I have read in some thread about your fascination for his films. However, I believe that the DVD release of the two Bionic Boy movie is coming from an illegal source. Sad to say but as far as we are concerned the only territory that there is a legal right to sell Dynamite Johnson is MPI/Dark Sky Films who currently owns the North American territory for the said movie. Bionic Boy part 1 is owned by Intercontinental films.

That's too bad. Fred Anderson of Ninja Dixon blog has bought the DVD and he tells me the films look like they've come from a Beta-master and are presented in non anamorphic widescreen.

Too bad the company were too greedy to pay the copyright fee (probably not very much) to issue a legit release.

Thanks to Roberto for the info.
Posted by Jack J at 5:29 PM 8 comments:

The Velvet Underground - Under Review 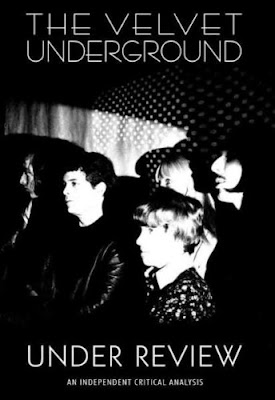 I watched the documentary film THE VELVET UNDERGROUND - UNDER REVIEW (oddly enough retitled The Velvet Underground - Vanishing Point) tonight. I knew nothing about the film other that it existed and actually I only discovered it by chance on Amazon UK the other day. When someone in the comments' section said something along the lines of it being "The VU film to end all VU films" I felt it was of the utmost importance that I order it right away! ^_^

The film runs 85 and I must admit it is pretty good! It goes in deep and covers in detail the band's very early period around the "Banana Record" and in fact covers their entire life span - except for the period around the last record which is a bummer is you ask me. I know close to nothing about that part and to me stuff like that would have been interesting to dig into; it's an obscure period (both John Cale and Lou Reed had gone by that time) as it's basically uncharted waters. Everyone just wanna talk about the Reed/Cale/Nico period. Oh well, some other time, some other documentary film I guess (if I were a docu film maker I would make a film ONLY about that last record. LOL).

Cale and Reed are nowhere to be seen but Maureen Tucker is here and that's good enough. Doug Yule who replaced John Cale and later took up singing on the last record (after Lou Reed left) is also interviewed in great detail. One aspect of the film that I really like (as in REALLY REALLY like!!) is that the director avoided having other contemporary big-shots blabber about how "awesome" the VU were. Most rock documentary directors usually make sure to include at least a handful of comments from "celebs". I'm sure Tom Barber could have had the singer from Pearl Jam or Kid Rock tell us how much the VU means to them. Thank gawd he stirred away from that.

Both versions are available from Amazon UK and according to customer comments the two DVDs carry the exact same contents including extras. The Vanishing Point version is the cheaper one and it has a better cover (if you ask me). Go here: Vanishing Point and Under Review. 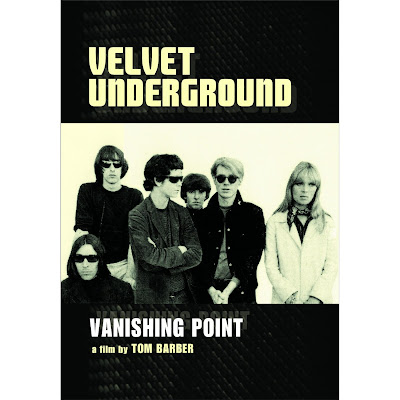