Reeling them in! (the rare Dutch ex-rentals, that is!)

Ahh, here are scans of four tapes I won last night at an auction over on Cinehound. The three top tapes are Japanese monster movies! And yes, I can get them on DVD and no, they don't hold the usual ex-rental collector value to me since I only collect Danish tapes (unless it's something I can't get anywhere else). 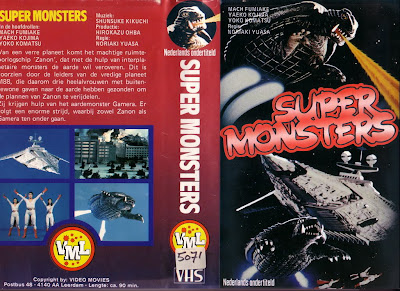 So why these tapes? Well, 10 years ago I use to have a catalogue from a shop called Cult Corner in Amsterdam lying around! Cult Corner had this truly amazing VHS catalogue of what they described as "500 uncut films"! Now, they didn't actually have 500 but they did have TONS of titles and I kept looking thru that catalogue again and again, drooling away. The problem was that I didn't have too much money at the time (kinda like now) and the tapes were quite expensive. Plus it was a pain in the arse to order from other countries as we didn't have the internet, online shopping, or PayPal!! Back then I only got hold of very few of these tapes so when I saw that Peter (aka Petcor80) had some of the tapes up for auction I immediately felt the same urge to own them. Can I get them on DVD? Fuck off! That's not what this is about, haha.

The fourth tape is THE EXECUTIONER, PART 2 which is the un-official sequel to THE EXTERMINATOR (which actually has an official sequel!). I already have the UK tape but I'm told it's missing two scenes so needless to say I hope this Dutch tape is gonna be fully uncut! 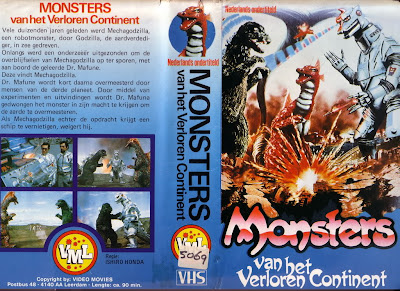 Ebirah, Horror of the Deep (UK) aka Godzilla Versus the Sea Monster (USA) 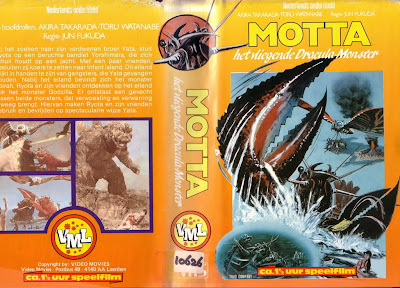 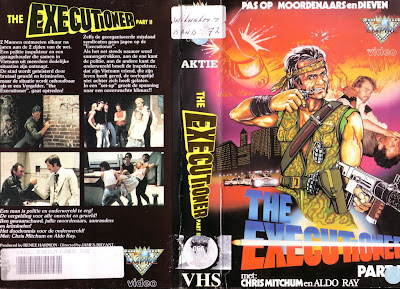