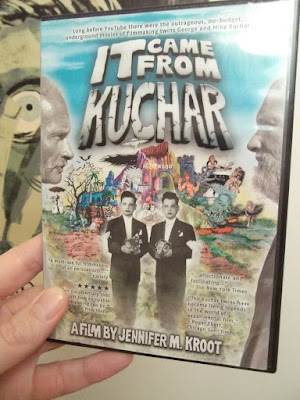 PS: Oh, and by the way, Jack Stevenson is in there, too, talking about the bros. Jack wrote a book about Waters and the Kuchars. He lives in Denmark these days and runs a grindhouse cinema in Copenhagen. And he also runs an exploitation film festival entitled "Faces in the Dark" once a year. I've been a regular there for a few years now and if you're in Denmark or Sweden I highly recommend that you go too, it's a great festival. Everything is on 35 or 16 mm.
Posted by Jack J at 11:22 PM No comments: