Gee, niiice! I didn't quite expect that! 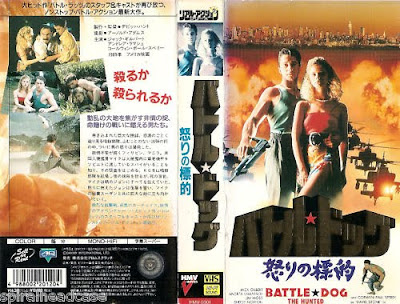 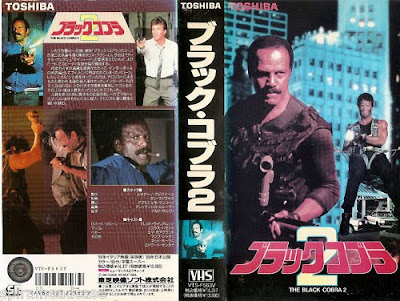 When you're off-line for 3 or 4 days you sometimes get nice surprises when you finally get on-line again. Last week I placed a bit of money on two auctions for these two films on eBay in Japan but when the auctions finished over the weekend I was sick and didn't even check or wanna bother to place higher bids. Anyhoo, I finally go online today and discover I won both films. Yayy!!


BLACK COBRA 2 is the second part in a three (or four if you count the un-related fake third sequel) film series that stars Fred Williamson. Last week I missed out on the first film (boo-hoo) from the same seller simply because I forgot about the auction. And if that wasn't bad enough some lucky fella scooped it up for the starting bid of 7 measly dollars!!! Booo-hooo (again!). Sob sob (imagine a grown man weeping like a Japanese schoolgirl here!). Anyway, I'm getting part 2 now and I've already got part 3 (the last official one). These films aren't on DVD (as I don't count awful public domain DVDs in the US for being official releases!) and this is most likely the best versions anywhere as they're widescreen.

There are two Filipino films called THE HUNTED; This one is David Hunt's THE HUNTED aka Battle Dog. I posted scans from the other The Hunted (from 1970) on this blog quite a while ago.
Posted by Jack J at 2:23 AM No comments: