Magdalena, Possessed by the Devil (1974) 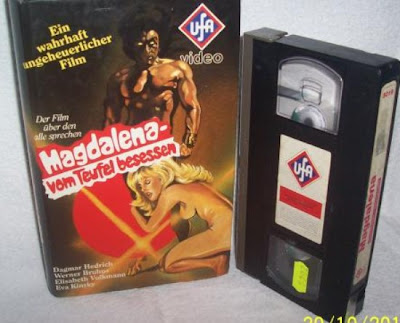 MAGDALENA, POSSESSED BY THE DEVIL (or Devil's Female as the English dubbed bootleg DVD I bought last year is re-titled) is an enjoyable and trashy German ripoff of THE EXORCIST!! I haven't bothered to find out which English dubbed VHS versions are available (or not available, I believe any version is pretty rare) cos I've got said boot DVD from Trash Palace, a boot which is fine enough when you consider I find the English dubbing pretty atrocious! Haha.

And because of that uuugly dubbing I've been on the lookout for the original German language version for quite a while. I never actually thought I'd find it but, well, lo and behold, tonight I commented on someone's scan of the same film on Cinehound (actually the scan I'm using here) and one fine Swedish collector mentioned he had another copy of the tape and that he would let go of it. Well, for a handful of shiny coins natürlich. Ahhh. Did I mention it's not released on DVD anywhere (you can find an English dubbed DVD on Amazon but it's a bootleg). Ahh, the joys of EXORCIST ripoffs. 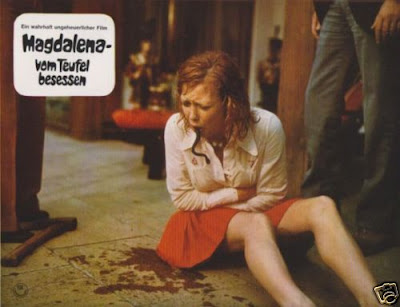 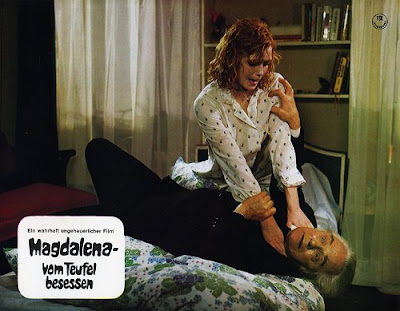 In a post on Thursday I mentioned Diabolik (aka Hans-Jørgen) was going to get interviewed on Danish morning television (which means it's broadcast in the country of Denmark, not that it's morning tv where they're eating Danish pastries, haha) about his huge collection of Danish ex-rental tapes, and fortunately for you someone has just uploaded the program to YouTube. Check it out. Needless to say it's all in the lingo of our proud, savage Viking ancestors.
Posted by Jack J at 2:06 AM 2 comments: