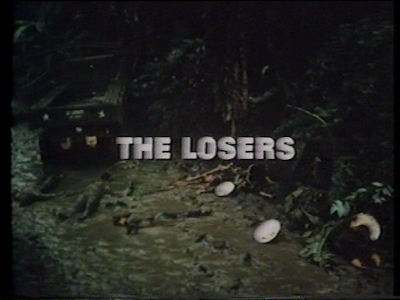 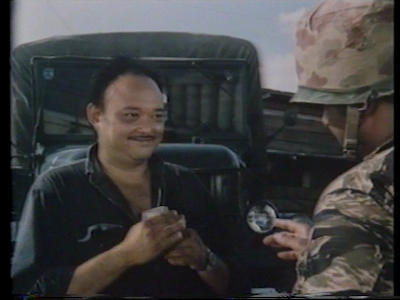 The Vietnam War rages. A CIA guy (played by the film's director) has been kidnapped by the red Chinese. The problem to the American army is that the Chinese are cooped up across the boarder in neutral Cambodia. What to do, oh what to do?? The American army could send in some commandos in the night to get him out. Or they could ask their well trained friends in the Mossad. Or they could suggest to the CIA that they get their own man out. Well, I'm sure you've already figured out they ain't gonna do any of that. No sirree, instead they call in a group of Hell's Angels bikers!!! 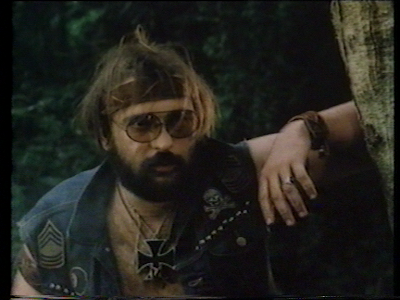 The Angels arrive and it soon becomes obvious that the army can't control them. As soon as they've got their bikes (sissy ass bikes, not their usual choppers) they start causing havoc in the local villages they ride thru, getting into fights, shooting guns, getting thrown in jail, get romantic and helpful with nice girls... no, wait... hmm, we're obviously dealing with a special branch of cinematic Hell's Angels here, hahaha. In fact they're not actually called "Hell's Angels" in the film but "Devils Advocates"! 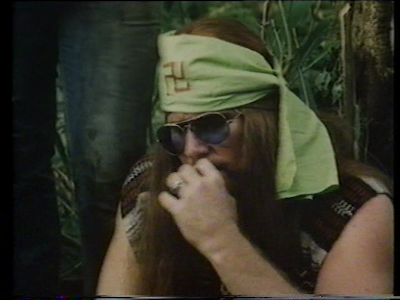 I assume the film company didn't want to get into trouble with the real Hell's Angels (I'm sure Roger Corman spewed out a, "Fuck, why didn't I think of that!" after the Hell's Angels sued his company when he distributed Cirio H. Santiago's 1989 film NAM ANGELS!!). And you should think Corman had learnt his lesson; According to Michael Weldon's first Psychotronic book from 1983 Corman's company was sued already by the Angels when they made THE WILD ANGELS in 1966!! 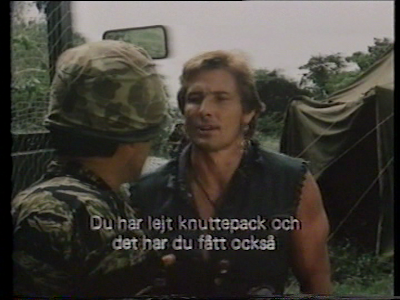 Anyhoo, they plot and they plan how to get into the camp where the CIA guy is held captive. And they customise their bikes into MAD MAX style combat bikes (11 years before that kind of bikes were actually seen in MAD MAX 2!). The local Vietnamese mechanic is played by a young looking Vic Diaz. Gee, I wonder how many films he was in. It seems like he was in about EVERY American-Filipino co-production ever made! I'm not even kidding!! 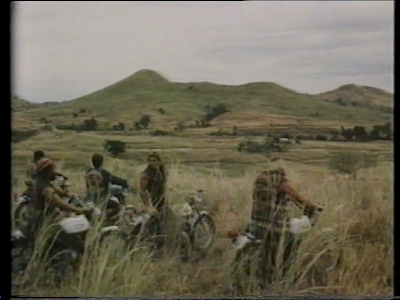 The last half an hour of the film is all about the drive into Cambodia and the attack on the camp. If you've watched the Australian documentary film MACHETE MAIDENS about American-Filipino co-productions you might remember there's some scenes from THE LOSERS of the bikers attacking the camp and shooting off their machine guns and throwing hand-grenades and stuff. 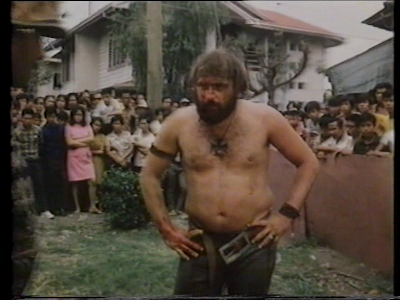 THE LOSERS is great fun! Michael Weldon mentioned in his Psychotronic review that some people regard the film as the best biker movie there is. I don't know about that though; I mean it sure is a fun movie but that may be stretching it a tad too much. They don't actually ride around that much on their bikes and there's only five bikers in the film. But like I said it sure as hell is a cool flick. There's also a fair bit of gore (mostly from gun shuts) and some nudity as well. The almost pink blood looks silly but, oh well, it's not like you would think it were real blood even if it looked any better now would you. Although I argued for it being a Filipino film it doesn't really belong with the other Filipino Vietnam War movies from the 80s and early 90s. The main character is played by William Smith (who was Falconetti in RICH MAN POOR MAN aka To Brødre). Oh, and there's exploding huts too! 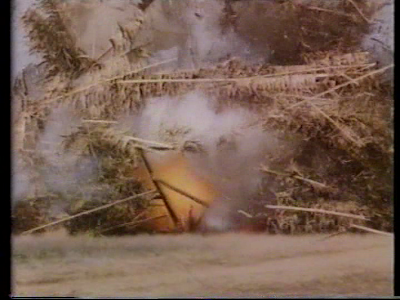 The version I watched is an old ex-rental VHS from Sweden. The tape is presented in fullscreen but it's not pan & scan and it looks alright. The print carries the original title, THE LOOSERS. At some stage the film was re-released in the US re-titled NAM ANGELS. 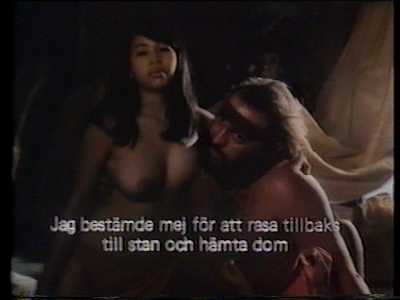 There's a fairly new DVD from Dark Sky and according to some message board and Amazon comments it seems it's a good release presented in the correct format and with some cool extras. But as I don't have this release obviously I can't judge how good it is. However, the film as such is highly recommended! 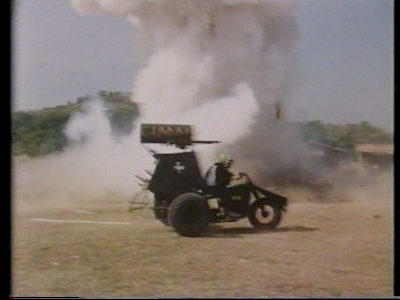 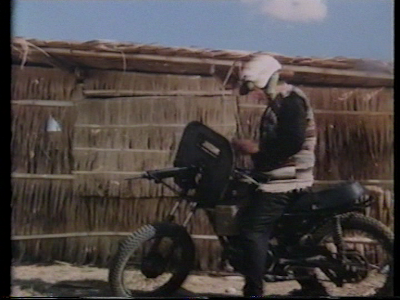 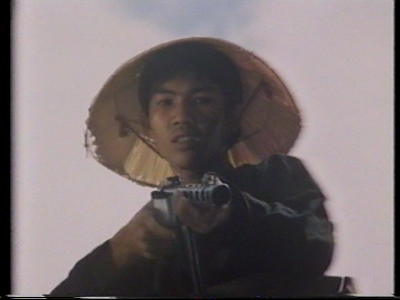 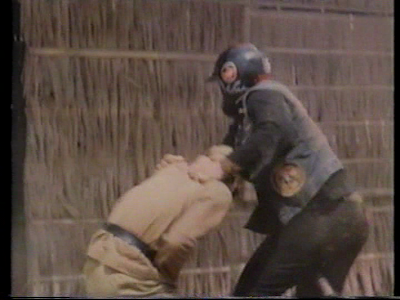 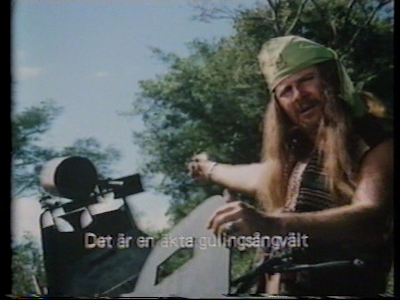 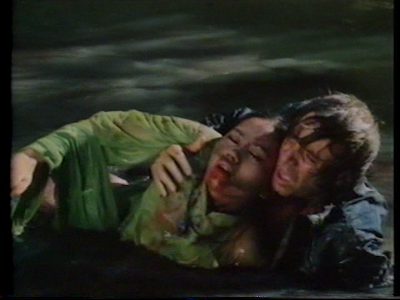 "The last group in England to be still angry?"

I've just discovered this fantastic Australian interview of THE FALL from 1982 (it contains a happy Mark E Smith!). I'm sure you know they're still around. Oh, and check the comments section for the usual Commonwealth love ("you Pommie bastard" was mentioned at least once, haha).
Posted by Jack J at 1:30 AM No comments: