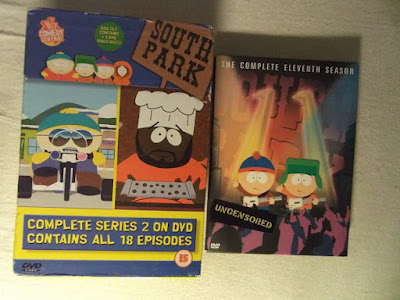 I've always loved SOUTH PARK, ever since my ex girlfriend sent me one of the very first VHS releases from OZ in the 1990's. Recently I've started to collect the series on dvd but since I'm skint most of the time I go for the cheapest sets on Amazon UK.

There's quite a few different releases; UK PAL, US NTSC, volumes as part of a season, full seasons, old releases, repacked releases. Last week I received season 2 and season 11. What a difference between the two sets! Season two is an - dare I say - oldskool dvd box set in which they've simply collected volume 4-7 in a big carton box; i.e. four dvd's in individual cases and four identical four page booklets + four identical 28 pp video catalogues! Season 11 is a compact set of three dvd's in one digi type pack. The latter takes up a fourth of the other set but the oldskool set is way cooler. 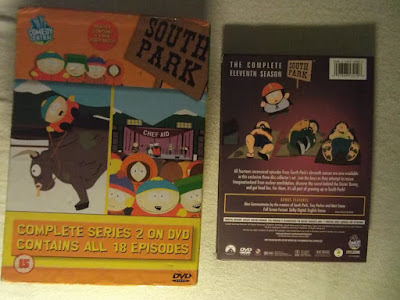 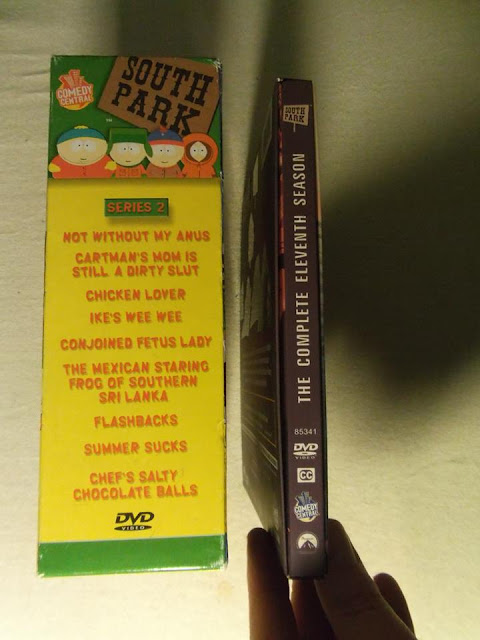 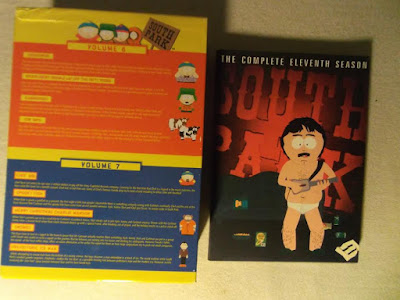 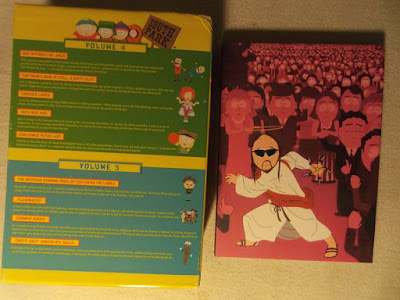 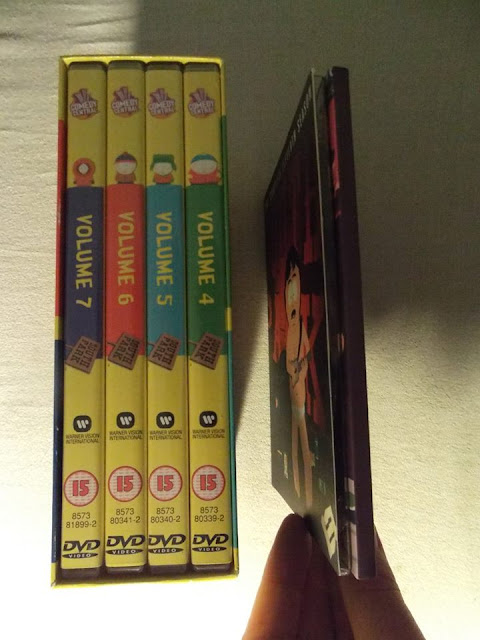 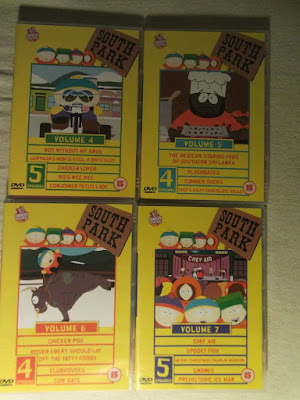 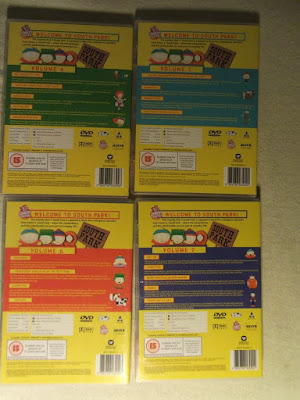 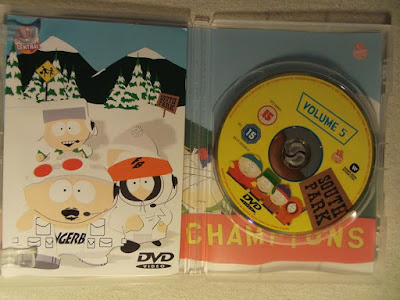 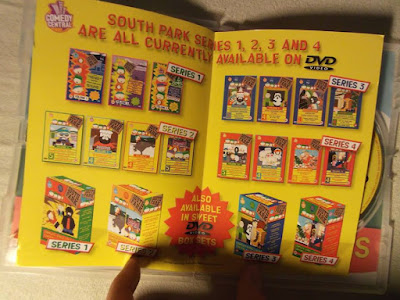 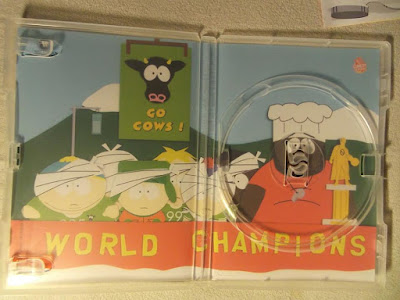 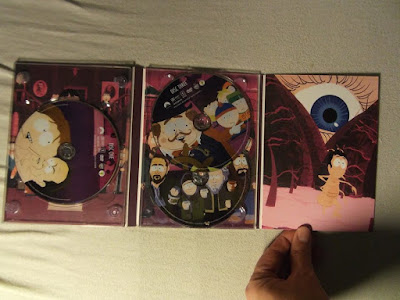