I'd rather live in Pittsburgh - if you can call that living

I'm posting this cos it's got ZOMBIES in it and they're walking in THAT MALL in Pittsburgh again and there's an almost okay cover of Roky Erickson's "I WALKED WITH A ZOMBIE":


- And I'm posting THIS cos it's the original awesome version by Roky Erickson:

Could it be any more embarrassing

Disclaimer: Please understand I'm not one of these people. I just live here.
Posted by Jack J at 3:03 PM No comments:

I wrote about BURIAL GROUND last night (or this morning, whatever) and incidentally Brian of Wildside Cinema just posted a list of his trashy zombie film recommendations (which obviously includes BURIAL GROUND, otherwise it'd be a crappy coincidence, duh! Haha). Check them here. Oh, and check out Wildside cinema. It's not at all a bad site (he says with a touch of understating Aussie jargon).
Posted by Jack J at 12:07 PM 2 comments:

More zombies from Another World 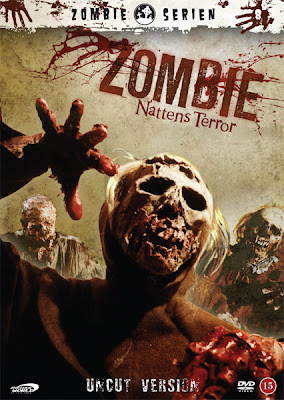 AWE are releasing Andrea Bianchi's Italian masterpiece BURIAL GROUND (Le Notti del Terrore, 1981) in October. The new Danish title is Zombie Nattens Terror. "New" because usually when AWE use Danish titles they're old cinema or video titles. This one is an AWE creation. If you haven't watched the film before then... well... what can I tell you; BURIAL GROUND is kinda on the same level as ZOMBI 3 but not quite as good as HELL OF THE LIVING DEAD!!! As usually with these films from AWE the disc is only going to carry the English dub. I wish they would include the original Italian audio for these films as well! But if nothing else, it's an awesome front cover me thinks. xD 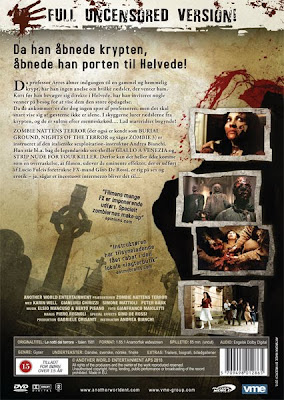