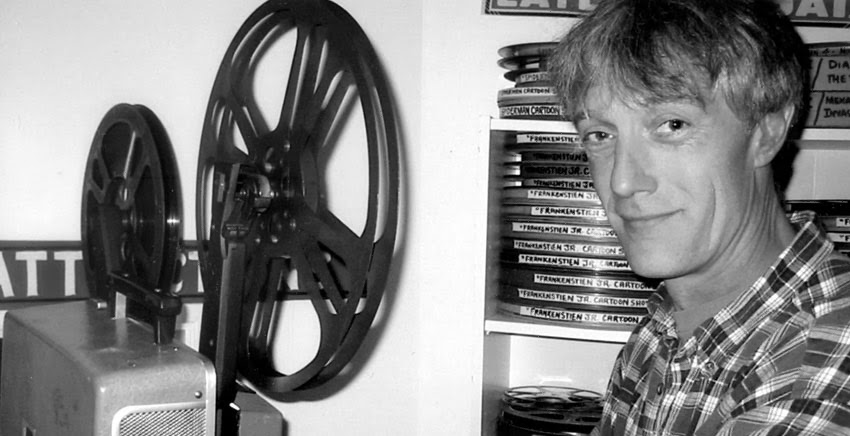 JACK J's diabolic grip of the world you live in

...all I have to do is squeeze my hand and you'll suffer, muhahahahaha*

Alright, I've got a few ideas for new posts but while I get cracking on those I thought I might just post a list of where you can find me in Cyberspace apart from here on ye olde Lejemorder blog:

Backyard Asia
- the Lejemorder blog is not a film blog as such as many seem to believe but basically a blog about, uh, me, myself and I. However, since my life has always orbited around film and pop culture that's what I write about to a certain degree. On the Backyard Asia blog I "reprint" my posts from here that deal with the more obscure Asian cinema. Backyard Asia is basically for people who don't wanna read me rave about me (do such people really exist?). If you follow the Lejemorder blog you don't really need to check Backyard Asia as well.

When the Vietnam War Raged... in the Philippines
- this is my blog dedicated to cheap B movies from the Philippines set in the Vietnam War! It's also the only blog of mine that anybody in the film industry has discovered! Every year I get invites from the Stockholm Film Festival because of this blog, and thru out the years a bunch of old ex-pat actors from the Filipino film industry have gotten in touch with me because I cared about their old films. Some of the films I post about are 100% Filipino productions, while others are co-productions with other countries (often Italy), and finally some are basically foreign films (again, often Italian) shot in the Philippines. I do also write about other crazy Asian war flicks (like for instance the wild Thai film CANNIBAL MERCENARY) but I try and sell off the blog as only dealing with Filipino films. All blog posts on the Vietnam War blog are original posts written for the blog, i.e. not reposts from the Lejemorder blog.

When the Vietnam War Raged... in the Philippines - on facebook (imaginary link)

Komix
- like with Backyard Asia this is a repost blog; I use it to reprint my stuff about comics, both from my English and Danish blog posts here on the Lejemorder.

Psychotronic Broadcasting
- this is the blog companion to my YouTube channel. I figured that whoever follows my YT channel would also want to read a blog about the same stuff but ... nope! It seems youtubers don't read blogs, lol. And so while the channel itself does alright the blog hardly got any traffic. As it is now it just floats aimlessly in Cyberspace like an old abandoned Mir space station. I'm not going to update it but, needless to say, you can still read the old posts.

Hmm, I think that's about it. I also co-moderate Cinehound forum and Uncut.dk forum (which now lives its own life separated from Uncut.dk).


You'll find links to my various blogs by clicking the "about me" link on top of the bar on the right.

* NOTE TO SELF: Jack, remember to delete your megalomaniac crap before you post this. People might not be fooled into believing you're not being dead serious!!!
Posted by Jack J at 12:43 AM No comments:

I'm in the process of changing the look of the blog but the layout over in the Danish section is giving me a fucking headache so it'll remain closed for a bit. Don't fret, it's only for the time being. :P
Also, so far this is only a crude version of how it's gonna look, there's gonna be some more changes to the main section (i.e. this page).
Posted by Jack J at 4:28 AM 4 comments: