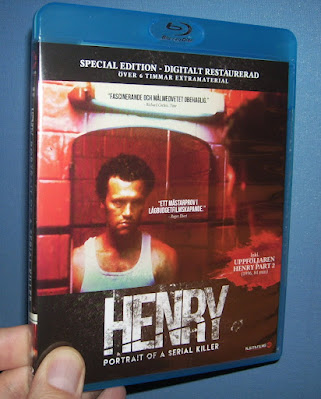 I haven't bought anything online in ages but I got these two blu-ray babies a couple of days ago; Three serial killer flicks, HENRY - PORTRAIT OF A SERIAL KILLER 1 & 2 and Alfred Hitchcock's PSYCHO.

The HENRY - PORTRAIT OF A SERIAL KILLER blu-ray is from Njuta Films and, yes-yes-yes, I'm fully aware the Arrow people are going to release the film as well, but I don't care for their UHD version and the Njuta release has a second disk that includes the sequel! [EDIT: there is only one disc! Both films are on the same blu-ray disc] The Arrow release isn't going to include part 2. So there. I believe all the extras on the Njuta set are identical to the Dark Sky bluray.

By the way, I saw HENRY for the first time more than 30 years ago at the Scala Cinema in London (on a double bill with the original version of THE STEPFATHER). Since then I've got the film on various vhs tapes, several dvd's, and now bluray. Yeah, I quite like the film! I also own two dvd's of the sequel. 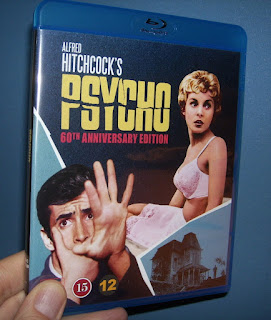 Hitchock's PSYCHO - I already own this on vhs, dvd and bluray, but this Nordic disk includes the new fully uncut print that was found in Germany. Obviously I had to have it!
-----
PS: I got them both from cdon.dk, and the PSYCHO bluray is dead cheap there at the moment.
PS.PS: No, HENRY 2 isn't a masterpiece but I thought it was alright. Better than its rep.