Gamera vs. Barugon on DVD in July 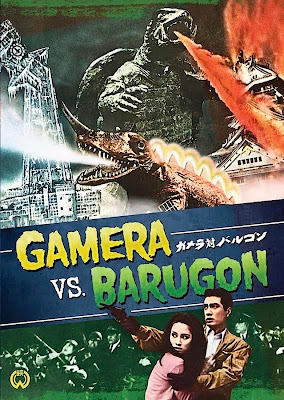 Following up its recent release of GAMERA, THE GIANT MONSTER, Shout! issues BARUGON July 6. The first color film in this kaiju series, it pits Gamera against a humongous, lizardlike beast that can emit a freezing spray from its elongated tongue and project a deadly rainbow ray from its back. In addition to a widescreen transfer from an all-new HD master, the disc will include:

Thanks to the old "Oriental Cinema" fanzine writer August Ragone and other posters on Dvdmaniacs for the heads-up.
Posted by Jack J at 11:32 PM 15 comments: 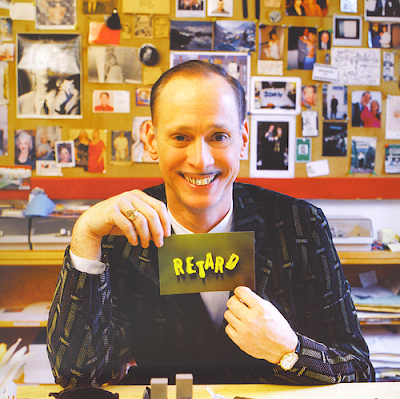 Thomas Eikrem's RAGE still alive (in one form or another)

Back in the early 90s I used to read a Norwegian fanzine called Rage. The mag was a mix of articles and reviews of alternative films. Not just the usual horror and gore flicks that most zines wrote about in those days but also the experimental cinema like Richard Kern's movies.

The mag was edited by one Thomas Eikrem who also ran a alternative fanzine/book distro (they distributed my own zine Banned in Britain). At some point Eikrem moved to Denmark but kept releasing his mag. The last issue came out quite a long time ago.

But now I've just discovered that Eikrem (now in the UK) is still publishing RAGE, just under the slightly different title Filmrage. They have a homepage and are up to issue #7. The mag looks very cool and, get this, each issue is 120 pages printed on glossy paper and with a hardcover. Awesome!

Have any of you bought it? Is it worth 80 bucks? Their webpage is here.

The cover scan was posted on Facebook by Katja Bienert who was in Schulmädchen-Report 13 but I have no idea if that's her on the cover.

Edit: I just discovered fräulein Bienert was also in Jess Franco's Killer Barbys vs. Dracula from 2002!

If you read Danish you can check out Lars Movin's old review of Thomas Eikrem's video production and Rage #7 here.
Posted by Jack J at 2:45 AM 2 comments: