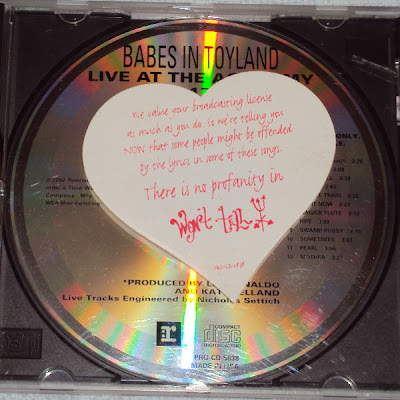 Kewl!! I've just bought this promo CD album that BABES IN TOYLAND released in 1992 to advertise their upcoming second LP, "Fontanelle". The album was never released to ordinary shops but only sent as a promo to radio stations. The CD contains one studio track from their (then) upcoming album and 11 tracks recorded live. The album isn't a bootleg but an official CD (your guess is as good as mine as to why the person behind the BABES IN TOYLAND Wiki page didn't include it on there! It's not like the band made so many records that this album would have disappeared in the abundance).

I lived in London in the late 80s and I would listen to the "Peel Show" every Thursday night religiously (or was it Tuesday? I forget). John Peel would always play a session by a band, and on one particular night in 1990 (I remember the year cos I remember the place I was living at the time, lol) he was going to play a session by BABES IN TOYLAND, and for the first time for many years he was also going to do a live interview. The interviewee was lead singer Kat Bjelland. I seem to remember she was on the phone from France, and she kept saying "fuck" which you didn't do on the radio in those days (I'm not even sure if you do it on the BBC nowadays) and John Peel tried to cover up by saying, "oh, you mean funk" and she'd go, "uhh, yeah". LOL. I taped it all but I'm not sure if I've still got the tape. I should have. Somewhere.

The CD didn't have a front cover other than the heart you see in the first scan. The live recording is extraordinary as it was never re-released and thus only exists on this promo disc. However, the CD isn't all that rare (I guess there are a lot of radio stations in the US, lol) and there are still several copies listed on eBay.

The text on the heart is a heart-warming message from babes reassuring the radio stations that there are no profanities in the studio track (but that there are in the live songs!). :D 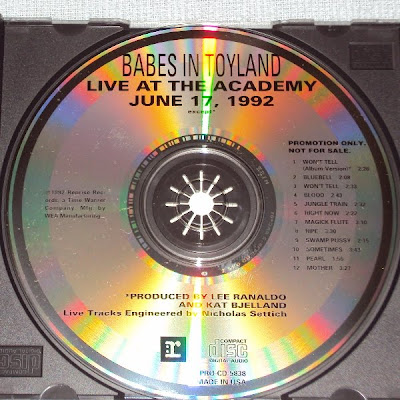 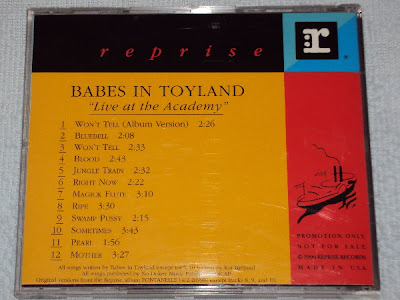 
The three scans and info are from the Discogs record data base.

Check out this trailer for the new(ish) splatter movie THE TAINT! It's lowbudget and looks like great fun. I've just ordered it from their website; It's on special offer for 5 bucks US and with postage to Eurotrash-land it's only $9. Check the website here (they also sell a VHS version of the film!).
Posted by Jack J at 1:18 AM No comments: