This is the trailer for the Danish psychotronic masterpiece STENBROENS "HELTE" from 1965. It was directed by Poul Nyrup who only made three films and then disappeared back into obscurity. The film is a true CULT film in MY book but sadly almost only in my book; The rest of Denmark ignores it. Their loss I'd say. Unfortunately, a piece of pop culture can only gain cult status if the Americans have told the Danes that it's a cult film. And so since STENBROENS "HELTE" hasn't yet been discovered by the American cult movie fans we can't worship it in Denmark. Denmark, I despise you (somebody please get me out of here!). The film has (of course) never been released on dvd in Denmark, and it's not even been on TV. It was released twice on VHS in the '80s and there's a well known bootleg VHS from the '90s. The subs on the trailer were done by some crazy fanatic fan somewhere. The only Poul Nyrup film that exists on semi legit dvd is his second film, COPENHAGEN CALL-GIRLS (aka Villa Vennely) from 1964, which Something Weird Video put out on dvd-r (and probably also VHS) in the States. Their print is not the same as was used for the Danish VHS but an old English subbed cinema print.
Posted by Jack J at 4:54 AM No comments:

"The 66th minute of a horror movie called The Descent. If you don't wish to watch a scene of horror you now have 10 seconds to switch over!"

I've just uploaded this horror movie documentary which covers some of the new horror movies that have come out in recent years. The doc was made by ARTE TV/France. Arte is a joint French-German culture channel which is rather exceptional as it basically exists to broaden the friendship and knowledge between those two nations (Germany and France have not always been the best of friends). All programmes are basically broadcast simultaneously in both countries, and all programmes have a voiceover in both countries' language (that being French and German - duh!).

I don't live in either country but even so I can watch the channel via a spiffy satellite dish. I dvd-r'ed both versions earlier this year and I was going to upload them both as it's a rather good film. However, lo and behold, someone beat me to it with the French version. I'll link to it at the bottom of this post.

As I said, the doc is pretty good; It has interviews with Alexandre Aja (Hills Have Eyes remake), Jaume Balagueró ([REC]), Neil Marshall (The Descent), Paco Plaza ([REC]), Eli Roth (Hostel). Some of them are interviewed in English but unfortunately translations are made via voiceover instead of subtitles. I must admit I fucking hate when they do that. You can sorta make out what they say under the voiceovers if you pay attention though.

The use of Johnny Cash's song "The Man Comes Around" at the end of the film is great (listen to it in full here). I love the DAWN OF THE DEAD remake but I gotta say that the scene that stands out the most is the fragmented collage footage at the beginning with Cash's song over it.

Click here for the doc with French language voice over.

Sods bass player Knudd Odd talking about Lydia Lunch's involvement in their LP "Dagger & Guitar". From the TV documentary OMKRING EN SORT SOL - ET PORTRÆT AF SODS from 1984 (this is from the actual TV broadcast that I taped on Betamax!!!). It's never been repeated in its original form.
Posted by Jack J at 3:48 AM No comments:

I was walking home late one afternoon about four months ago. As I walked past an old house I saw some feller trying to get his groceries out from the boot of his car, but he seemed to be having trouble with it as he had a cast on his right arm. I offered to give him a hand, he said sure thanks buddy, I carried his stuff into his house and next thing I know I wake up in the dark and on the floor of his basement. I stayed there for four months without a fucken chance of getting out. And none of you fuckers called the cops or asked around. Gee, "thanks". Anyhoo, I'm back now and despite the deep mental scars I'll try and get things back to normal. I've got about 3000 things that need to be done but, hey, nice to be back. 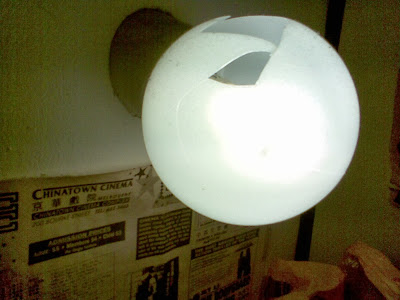