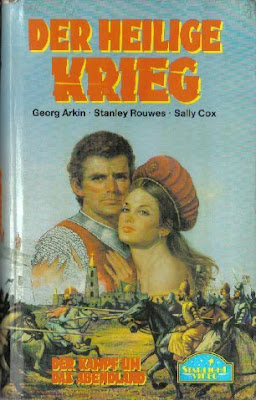 DER HEILIGE KRIEG isn't aka The Sultan's Warrior (Kara Murat: Fatihin fermani) as they state but it's actually KARA MURAT KARA SOVALYE'YE KARSI (aka Kara Murat vs the Black Knight). And since I already have the English dubbed TV print for SULTAN'S WARRIOR I'm not complaining. This is pretty cool.
Posted by Jack J at 12:47 AM 23 comments: