This year my love affair with Hong Kong cinema (or "Hongkong" as they used to spell it in the 70s and still do at Hongkong Post, LOL) reaches its 20 year anniversary. I believe it all began with an early issue of IN THE FLESH that reviewed a handful of early John Woo and Tsui Hark films, and Jonathan Ross' Hong Kong episode of his The Incredibly Strange Film Show on Channel 4. My first HK film at the cinema was A BETTER TOMORROW at the 40th Melbourne Film Festival and it's been a never ending journey every since. When everyone else got into Japanese horror movies, Korea's new cinema output, and the genre films of Thailand, I kept going back to Hong Kong. There simply wasn't any comparison. Even when I forgot about it. An invisible force that kept pulling at my arm. The ghost of HK cinema!

This week I received these films on DVD: 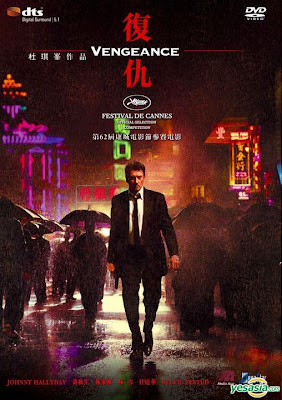 Ann Hui's HK new wave film BOAT PEOPLE from 1982 which I've never watched. Actually, embarrassingly enough, I've never watched any of Ann Hui's films so I thought it was about bloody time! She won Best Film, Director, Screenplay, Art Direction, and New Performer at the 2nd Hong Kong Film Awards for it. It's a follow up to her STORY OF WOO VIET which unfortunately isn't available in an English friendly version. 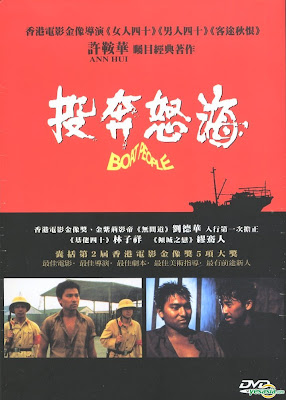 Ann Hui's latest; NIGHT AND FOG (2009) which stars Simon Yam. I watched him this morning in VENGEANCE but I bet his character is quite a bit different here. Or... maybe not! (I watched the trailer!). 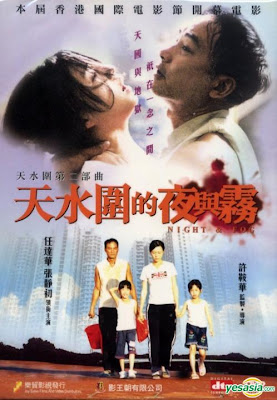 - and yet again, here's a title that has kept creeping up on me for yrs without my paying enough attention to it; Johnnie To's ALL ABOUT AH-LONG! LoveHKfilm.com wrote: "Subject matter-wise, you’d have to be dead not be be touched by what goes on, and Chow is incredibly charismatic and likable even when he plays a heel with bad hair." By the way this is the mainland China DVD release from Zoke but there's also HK, Thai, Japanese releases out there. 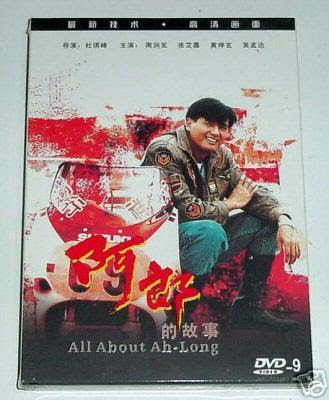 TO ERR IS HUMANE. Sammo Hung and Joey Wong! On DVD from the mainland. Is it good? Who can tell (well, The Shadow can but that's beyond the point here, LOL). 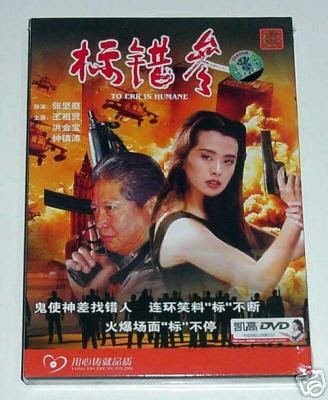 NEW MR VAMPIRE on DVD from Taiseng and unfortunately only in its English dubbed version. Boo-hoo!! But I've been trying to find it for aons and this is all I could get hold of so it'll have to do for now. 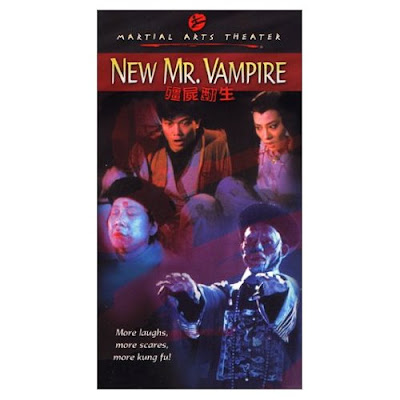 And lastly... an old-skool video tape from Made In Hong Kong (UK): MR VAMPIRE 2. xD!!! And even though it's a VHS this is most likely the best version there is as it has new proper English subtitles instead of the wonky ones on the HK disc (which I've also got) [EDIT: unfortunately I've just leant it's censored by 17 seconds so you can hardly call it the "best version there is". Oh bummer!!]. It stars a young Moon Lee and albeit all the silliness it's also a roller-coaster ride. Well, I have a weak spot for these silly HK horror flicks anyway. xD 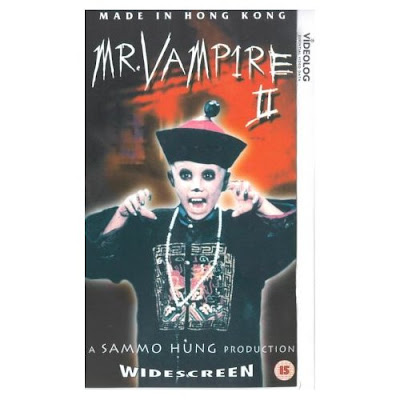 My mate Matt over in Korea has begun doing a blog called Unknown Kino. It doesn't have that many entries yet but the ones he's already done are pretty interesting. You might wanna keep an eye on it. As I mentioned Matt is located in Korea but he's actually a French Canadian who has moved there. Whadda combination, ay. LOL. For Unknown Kino go here.
Posted by Jack J at 6:56 AM No comments:

I have this long list of blogs that I check on a regular basis, and some of them (fewer) I check every day. One of the latter ones is Tales of a Bearded Movie Aficionado. If you've followed this here blog or Fred Anderson's ditto you'll be familiar with Patrick who's behind the bearded blog. You'll also be aware that he hasn't updated since Halloweeen (Oct. 31). I've written to that crappy Norwegian a couple of times without getting any reply but then a little while back I wrote him again and said Hey drittsekk, hvor er de 1000 kr du skylder meg [hey dickface where's the 1000 bucks you owe me] and this time 'round I got an answer, haha. 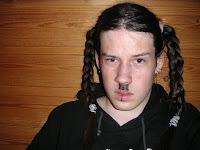 Anyhoo, to make a short story excruciatingly and painfully long Patrick isn't coming back any day soon. Unfortunately (as I'm sure you're aware) he's an alcoholic bum (like most Norwegians) and proud of it too, and with an added coke problem it has all become too heavy a burden to keep the blog going. Well, what can I say. Call me boring if you will but I never understood the appeal of hard drugs or excessive drinking. Is that not being cool? Well, quite frankly I don't give a fuck what anybody thinks, I don't see the point in fucking up your life in order to be cool. "He overdosed? Arr man that's awesome!!"

Patrick, I'm only gonna say this once but quit that shit and come back to being a film fan. You don't need that drek.
End of rant.