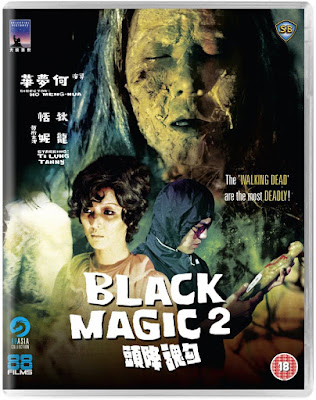 Woah!!! Ho Meng-Hua's BLACK MAGIC, PART 2 is being released on blu-ray! This is one of my all time fave HK horror flicks. Dark and wild. DARK AND WILD!!! Part one is good but this is way better! It took years and years of waiting to get to see this. It never received a release in any format in HK. There was ONE vhs release in the USA - cut beyond belief (missing ten minutes). Eventually they put out a reg. 1 dvd.