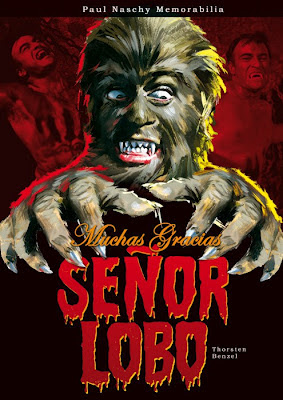 The new re-print and expanded volume of the book "MUCHAS GRACIAS SEÑOR LOBO" is finally on its way!! This is certainly great news. I discovered the old edition years ago but at the time it was already way out of print and I never found a second-hand copy. Well, lo and behold, a newsletter dropped thru my digital letterbox this morning; The new book is up for pre-order from the editor/publisher. He's also behind the cool fanzine CREEPY IMAGES which I've written about before. He's located in Deutschland but no need to worry, the book will be English friendly! (i.e. it'll have dual German and English text). 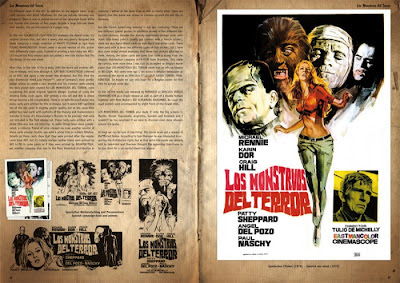 Here's some scans and info text that were posted on the CREEPY IMAGES site. I've already pre-ordered a copy as I so do not want to lose out on it again (and there's a discount). You can also pre-order from Diabolik.com in the US but they have listed the book at 57 euros ($70) whereas the German publisher charges 35 euros. Even with the added postage it'll be cheaper for Americans to order from Europe! 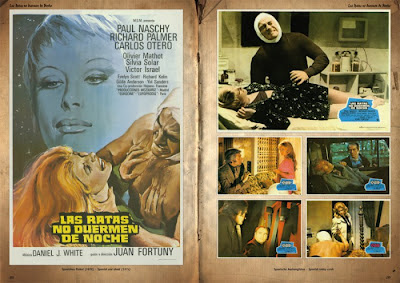 Go to the website here and for more and bigger scans go here (it's a pdf file). The book isn't printed yet and the info text mentions they haven't proof read it yet which is probably a good thing (in "contents" I noticed it says, "The coloful world...", haha). 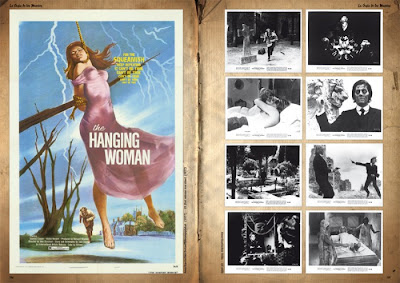 MUCHAS GRACIAS SEÑOR LOBO deals with the advertising material from the movie of one of the true icons of (European) horror movies: Paul Naschy and contains the largest collection of posters, lobby cards and other promotional items from his movies ever published.


MUCHAS GRACIAS SEÑOR LOBO focuses on Paul Naschy‘s horror movies of the late 1960s until the 1980s. 30 movies of this period will be featured in form of seperated chapters in the main part of the book while advertising material from his non-horror-movies and his newer films will be compiled in an additional chapter.


Besides high quality reproduction of movie posters, lobby cards and other memorabilia items, the book contains details insight into the distribution history of the movies and we are sure that some facts will even surprise the most dedicated fans of the Spanish Lon Chaney.

Limited hardcover edition
approx. 370 pages, completely in color, measuring 21 x 29,7 cm
(approx. 8.3 x 11.7 inches)
more than 1.200 pictures, including more than 160 movie posters, almost 750 lobby cards, over 100 press stills, a large part of which have never been published yet, more than 100 reproductions of admats, rare sales material that was only handed out to distribution companies and much more from more than 20 different countries.
Introduction by Paul Naschy‘s son
Sergio Molina
Complete Text in German and English
Besides the countless images the book also contains detailed information about distribution history of the movies
It took more than 18 years to put together the collection that serves as a basis for this book

Everybody who pre-orders the book will get a small, but nice gift that is only available during the pre-order period. 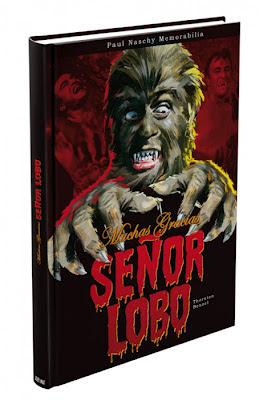