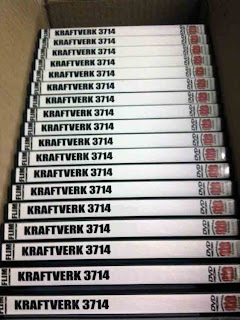 Yesterday, I returned to Denmark after having spent 4 days in another Scandinavian country (yes, I'd been to Jylland once again) and found Fred Anderson's film KRAFTVERK 3714 in my mailbox. Yay! Thanks, Fred! I also got the new Fangoria, boring stuff from the dole office, and some chick's fashion magazine. If it were a question of a wrong house number but she lives in a completely different street - with a street name that sounds nothing like the name of the street I live on.
@_@

Anyhoo, I'm definitely looking forward to watching Fred's film. Check this review on Magnus' cool Cinezilla blog (since "Magnus" won't tell me who he really is [because he's some hotshot telly producer on Swedish TV] he's just gonna have to live with being "Magnus" on this blog. Most people in Sweden are called Magnus anyway).
Posted by Jack J at 7:13 PM 4 comments:

Not coming to a screen near you...

...but it would've been pretty cool. xD.