No severed arm for you! Now go to your room! 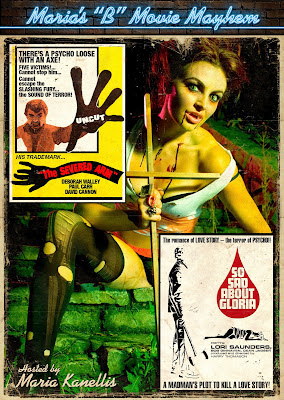 Am I the last person in the world who's gonna get CODE RED's new double DVD release of THE SEVERED ARM / SO SAD ABOUT GLORIA (aka Visions of Evil)?? Hmm, maybe. I've ordered it, I've paid for it, and I'm hoping to receive it soon. The DVD was released recently and pulled back almost immediately. The reason? The cover promises an uncut release. Unfortunately, what the good people at Code Red didn't know is that the British print they used was indeed a cut print!

Apparently, not cut for violence mind you (all the gore is reportedly still in the film) but dialogue etc. is cut simply to make the film shorter (???). Code Red pulled the DVD off their website and have announced they're gonna chuck out their remaining stock - and they won't be re-releasing an uncut version.

I must admit I'm puzzled over this decision not least as it means you won't be able to get hold of the other film on the disc, SO SAD ABOUT GLORIA (but who knows, maybe they'll re-release that one later). (and check BLEEDING SKULL's review here)

If I were head of Code Red I would simply choose to sell the DVD as a direct sell only release with an info note on the website about the print's cut status. Members at DVDMANIACS who have already received the disc say the print looks great. SEVERED ARM has only been released once in its uncut form, on VHS in the US from Video Gems in 1981. 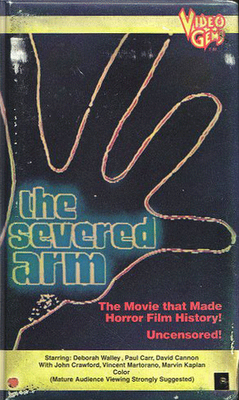 I got the video scans from BE KIND, REWIND where you can read more about the VHS release. 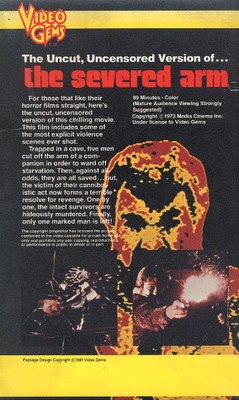 PS: if you need to see the Maria Kanelli cover in a much bigger size to, uh, read the text then click a couple time and you'll get it in mega size.
Posted by Jack J at 10:24 PM 2 comments:

A maid, a chainsaw, zombies...

I've just watched this awesome stop-motion short film, CHAINSAW MAID, and what can I say other than it's more fun than an open casket funeral! It's really good!! (and since everyone suffers from short term attention span on the internet I should point out the whole film only runs 6 minutes so you won't have to waste your whole afternoon on it. LOL).

And turn up the sound when you watch it, the music is fucking great too!

Thanks to Mette Trier for making me aware of the film.
Posted by Jack J at 6:23 PM No comments: