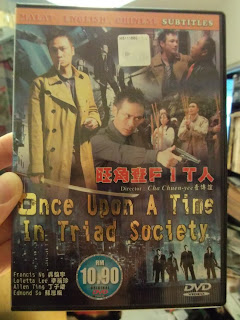 I've just watched ONCE UPON A TIME IN TRIAD SOCIETY for the first time and now I'm kicking myself in the head for having had it on my shelf for bloody five years without watching it. It is awesome! So different, so inventive, so smart and clever. Different from any other HK film I've seen, and mind you this isn't even some art-house film, it's "just" a clever gangster film - and somehow it's the complete opposite of THE KILLER, the message in this one is trust no one, everyone's bad, everything is a lie, and the main character bad guy (Francis Ng) isn't good underneath it all, he's just a cunt. But even so has sympathetic features.

Five years ago this Malaysian DVD was the only DVD release of the film anywhere in the world and it might still be. A quick google turns up zilch. The DVD carries the burnt-in theatrical HK subs in English and Chinese (and optional Malay subs). There's an unrelated sequel by the same director. 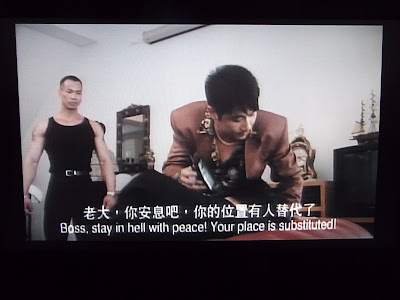 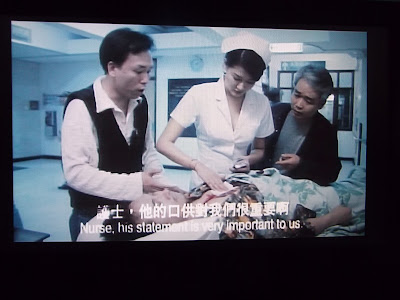 People who complain about the level of medical attention in their home country should try and seek help at a Hong Kong hospital. Here's a scene of a guy's been shot in the chest and a nurse is trying to save his life putting a Kleenex on the wound. o_O

PS: by the way, the hot nurse in the screen grab is poor Pauline Chan. Six years later she jumped out a 24th floor window. Her sad story is on Wiki. 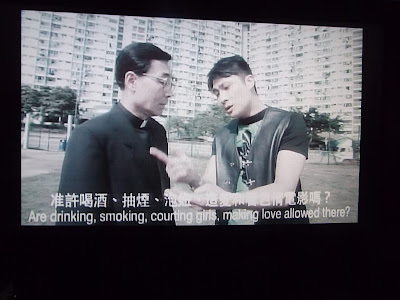