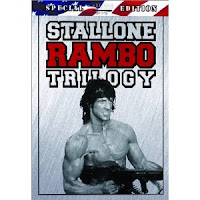 Received my welfare cheque today. Not enough for this month's bills so I though "sod it, I'll order some DVDs!" If you're going down you might as well do it in style. So, anyway, I bought the RAMBO "Special Edition" DVD set (from Artisan) from 2002. Apparently, it's an awesome set with tons of extras. It's long out of print and in 2004 the same company released a new edition but they changed the title to RAMBO "Ultimate Edition" and threw most of the extras away. Go figure. My info is from an incisive post about the sets from a user on Amazon.com. The latest set from Lions Gate has got almost all the extras from both sets plus the fourth film so that set is awesome too, and yes I've got that one already but, hey, what can you do. I needed the old set too. xD. Oh, and if you are considering getting the blu-ray I hear it sucks! For some reason they once again chucked out the extras, or many of them anyway. Go figure (again)!! 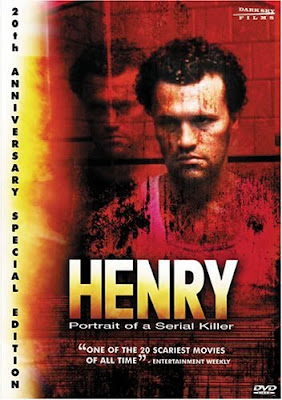 HENRY: PORTRAIT OF A SERIAL KILLER. I've told this story about a zillion times but here it is again; I was living in London when I saw HENRY the first time. I think it was in 1989 or maybe '90. I went to watch it at an afternoon screening at the old (and sadly long gone) Scala Cinema Club. They used to have a double bill consisting of the same two films running all thru out the afternoon and on this particular day the programme was HENRY: PORTRAIT OF A SERIAL KILLER and THE STEPFATHER. HENRY was on first and needless to say I was overwhelmed. THE STEPFATHER was really good too but there just wasn't any comparison here and when the latter finished I just stayed in my seat and watched HENRY again (once you'd paid the entry fee you could stay all afternoon if you wanted). That night I DREAMT about HENRY: PORTRAIT OF A SERIAL KILLER. I've never done that before or after (at least not so vividly that I remembered when I woke up). After I moved back to this stinking hell-hole I began tape-trading right away and one of the first films I got hold of was a 3rd generation dupe of a film company copy of HENRY! It had a text line saying "Not for sale" or something similar. When I met my (later to be) co-editor on BANNED IN BRITAIN 'zine in around '92 or '93 she was very impressed that I had the film. It wasn't released ANYWHERE at the time. Now kids look at you with disbelief if you tell them there once was a time you couldn't get HENRY: PORTRAIT OF A SERIAL KILLER, haha. Anyway, I've already got a handful of VHS and DVD copies of the film but I needed this one as well. It's the 20th Anniversary edition from DarkSky and altho it doesn't say so on the cover (and altho Amazon wants me to believe otherwise) I'm pretty sure this is the 2-disc release. It's supposed to have thee best extras. Well, I certainly hope it does. 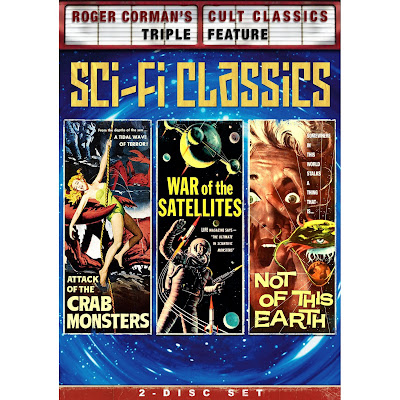 Roger Corman's 1950's sci-fi flicks CRAP MONSTERS, WAR OF THE SATELLITES, and NOT OF THIS EARTH in SHOUT! Factory's awesome DVD series of Corman classics!! Obviously I haven't watched the DVD yet but I'm sure it'll be gooood. SHOUT's prints are nothing short of BRILLIANT and they completely smoke the public domain and bootleg prints that shit companies usually think is good enough for these films. Too fucken bad - and a big fucken kudos to SHOUT for this series! 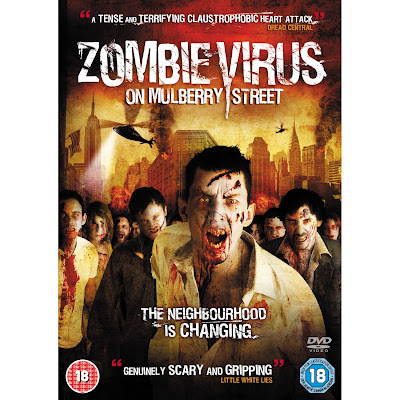 Lastly, here's MULBERRY STREET (cleverly retitled Zombie Virus on Mulberry Street by the British video label even tho I'm told there are no fucking zombies in the bloody movie, hahahaa). Thanks to Fred Anderson for the tip. Oh, and if you're in Denmark you might like to know I paid a *whooping* 22 kroner for the MULBERRY disc from Amazon UK including postage! That's about half of what a kebab is around here. xD
Posted by Jack J at 11:23 PM No comments: