Don't be a square and don't tell me I've posted this a zillion times. It's too cool not to post! xD.
Posted by Jack J at 10:54 PM No comments:

Best Kilink on a Saturday

Kilink is without a doubt one of the coolest bad guys ever. These films are totally rad! Kilink is a bad guy who doesn't refrain from killing left and right and hitting beautiful women and shooting guns and stuff. And yet the Turkish film makers still made him the main character! Awesome!

The quality of these uploaded Onar trailers aren't all that happening (too much pixelation) but do yourself a favour and get hold of the official DVD releases from Onar Films. :D

And lastly; not a Kilink film but The Spider!! In 2006 this was announced for release from Onar in 2007 but it never came out. A pity, looks fun. 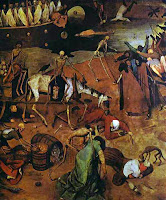