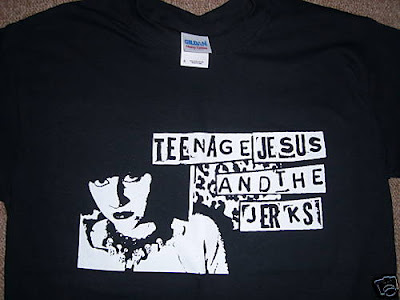 The other day I told you about one of my new T-shirts (check here) and here's some more that I have received this week. Living in Shitsville used to mean it was totally, insanely and uber-ly, difficult to get cool T-shirts but with the invention of the Internet it's become a lot easier. That doesn't mean it's exactly easy to find the cool stuff, in order to get there you'll have to wade thru 3 billion tons of crappy shit shirts. TEENAGE JESUS AND THE JERKS was one of the original no-wave bands from New York. The picture on the shirt is from a live cassette tape that was only available from Lydia Lunch's webpage. Unfortunately, I never got hold of the tape but at least I have the T-shirt now. ^_^ 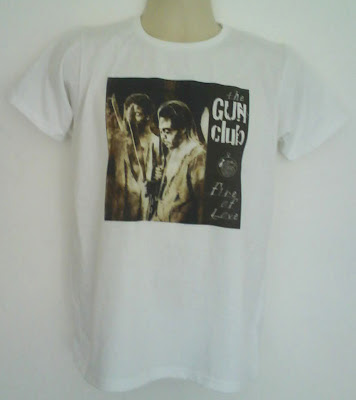 This one sports the cool picture from the French pressing of THE GUN CLUB's first album "Fire of Love" - the zombie cover. The original edition (and the new vinyl re-print) uses a much inferior picture if you ask me. 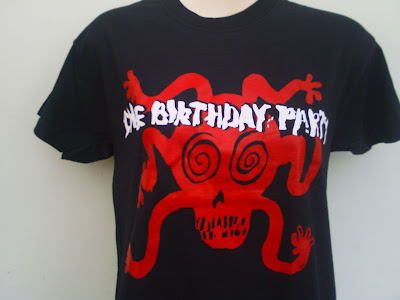 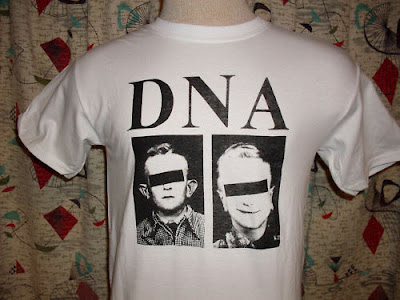 DNA!! Unknown to most. Adored by few. I'm one of the latter. They were also part of the no-wave movement in New York in around '78/79. The seller had sold out of L and didn't want to get more in as they were selling very slowly. I grabbed an XL and good thing too cos it turned out to be the last one! It's not that much bigger and I intend to get fat anyway so it's alright. 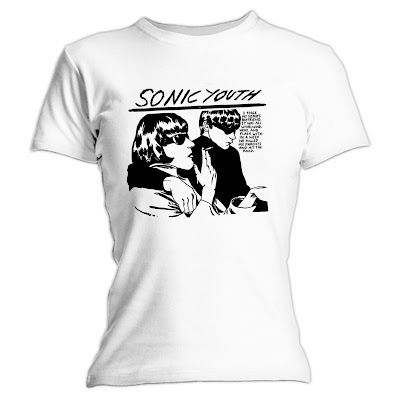 Some SONIC YOUTH T-shirts are meh but this one is cool. Actually so cool that I bought it again when I discovered that altho the first copy was the right size... it was a slim-fit for chicks. I put it on and looked like a human size condom. Hahaha. Anyhoo, it was my own mistake (gotta learn to READ the seller descriptions!!!) so I didn't wanna bother swapping it. Besides, I would have had to cover the return postage to the UK which would have made it even more expensive anyway.