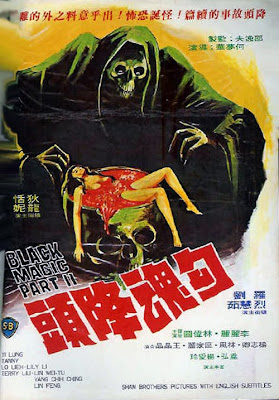 Haha, I was gonna tell ya some amazing news but then I remembered my last post and now you're probably thinking I'll try and lure you into a cult of B-L-A-C-K M-A-G-I-C!!! Haha, well no not quite. Hmm, altho... black magic cult... arrr (*Homer Simpson drool*). Hahaha. 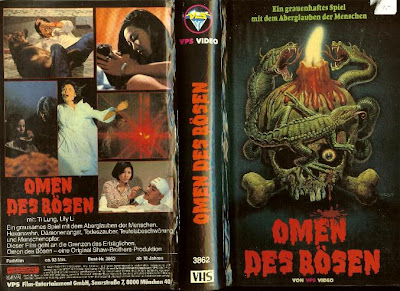 No, it's not an April Fools joke but indeed nothing but the true, honest, untampered with, TRUTH!! BLACK MAGIC 2 is finally being released on DVD which is just about fucking time; I mean, how long is it since the first film came out! Fucking 5 yrs or so!! It's ridiculous. Celestial are ridiculous!!

And not surprisingly it's NOT Celestial (in Hong Kong) who are releasing it but Tokyo Shock in the US. If they do it right and don't screw up the DVD it'll be a blast!

I have already watched Celestial's fully uncut, letterboxed print in Cantonese (thanks to Fred Adelman of Critical Condition) and it's almost like watching a different movie compared to the old dubbed, fullscreen and censored US NTSC tape (aka Revenge Of The Zombies)!!! 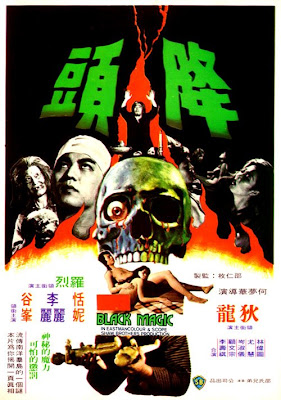 The new DVD is set for release in July. Oh, and apparently there's no sight of the VCD version of BM2 which Celestial announced for Hong Kong release ages ago. Oh well, I guess that's not so important now, aye.

Anyway, I look forward to this DVD a lot and if you have the slightest interest in dark HK horror movies from the 80s so should you! It is one of the very best. The first film in the series is really good, and the third one (which was retitled Seeding Of A Ghost) is great... but this one is even better!

Btw, incidentally the poster (for the first film) at the bottom of this post is my latest poster purchase! Yes, as a complete coincidence with the news of the upcoming DVD it just popped up at a store in Thailand (on eBay) and I scooped it up right away! Yes, HAPPY DAY!!! LOL. 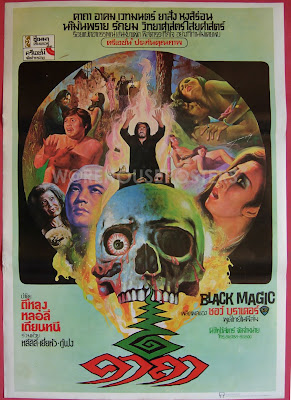 (you can click all the scans in this post for bigger sizes)
Posted by Jack J at 11:29 PM 4 comments:

I wish I had a cult

You would all follow me. Cater to any of my needs and wishes. Rub my feet and wash my clothes. You would give me your hard-earned bread. Well, not bread as such because obviously you would cook great meals for me (and do the dishes). I wish I had a cult, then I'd be a happy man. I wish I had a dog. Hmmm. I did have a dog... wonder what happened to it. Anyway, gimme a cult. Any cult. Be my disciple, any disciple will do really.

Oh, and incidentally, I won this on eBay today: 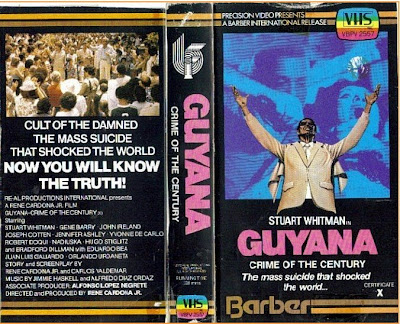 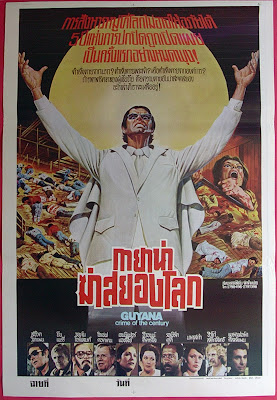 38 yrs down the line

I was driving to night class today with my aunt (we're both doing the same home-page course). One minute before we get there she goes: "Oh, by the way, I'm meeting with your niece Anette when we get there" and I'm, like, "Huh??? I haven't seen her since 197-fucking-1!!", and my aunt is like "Oh, really!?"
Gee man, I so wish you could choose your own family members sometimes!!! Anyway, we met and that was... weird. Anyhoo, how you doin'? Haha.
Posted by Jack J at 2:57 AM No comments: