Fellow blogs that FLY UNDER THE RADAR but that you OUGHT to know about!!! ... "SINETRACTS"

A few years back I received an email from this guy called Dag in Malmø, Sweden. He collected Turkish cult movies and he'd heard about how I'd published an issue of my zine STAY SICK! in which I'd reviewed a bunch of Turkish movies. He asked if I wanted to swap mags; He didn't actually have a fanzine ready but he was in the process of making one and as soon as he had it ready he'd send me a copy. I remember I also got an email from Linus, another fan of world-weird movies back then, and he said he'd written stuff for this new upcoming mag.

Well, if I had a dime for every time someone has told me they were gonna publish a fanzine and it never actually came out... then I would have a lot of dimes, haha. In other words, Dag never got his shit together to publish his Turkish movie fanzine nor did I ever hear from him again. Then years later I discovered that Lars Jacobsson had started running a blog on peplum movies (I posted about it here) and I discovered he had ONE link to another blog and much to my surprise that blog was indeed by the very same Dag and it deals exclusively with Turkish pop cinema!! Gee, Dag, how about telling me about it?? I mean, after all YOU OWE ME AN ISSUE OF YOUR NEVER PUBLISHED MAGAZINE!!! Hahahaha. Oh well, no worries, mate, I won't hold it against you, LMAO (if I did I wouldn't be advertising your blog, argh!).

Anyway, seriously, as a fan of world-weird pop cinema you need to check out Dag's blog. There are no reviews, no articles, no YouTube clips, no nothing! All it is is cover scans galore and credits for heaps of Turkish films!! It's pretty cool and very useful I'd say! Go here: SINETRACTS. 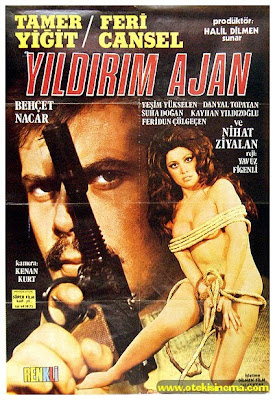 For all the entries in this series go here.
Posted by Jack J at 2:23 AM 8 comments:

Labels: (blog) Sinetracts, Fellow blogs that fly under the radar but that you OUGHT to know about
Newer Posts Older Posts Home
Subscribe to: Posts (Atom)